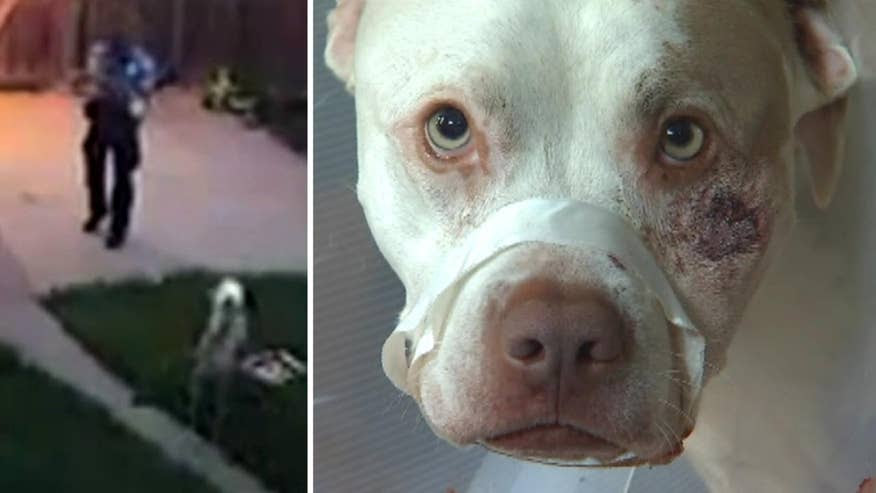 Surveillance video captured a Minneapolis police officer shooting two service dogs in a home’s backyard on Saturday while responding to a burglary alarm at the residence. The incident occurred on the northern side of the city after police were called to Jennifer LeMay’s home due to an activated burglary alarm, according to the Star Tribune. The home’s surveillance video captured an officer standing in the backyard of the residence when a white dog, Ciroc, began to approach him. The officer backed away from the dog, who was wagging its tail, before shooting the canine. The white dog limped away and another dog, named Rocko, was seen approaching the same officer but was shot a few times before running away. The officer waited a few moments before climbing the fence out of the yard. Fox