Evangelical Patrick Shaun Dowdell Shot Four At Masontown District Court Before He Was Killed By Police... 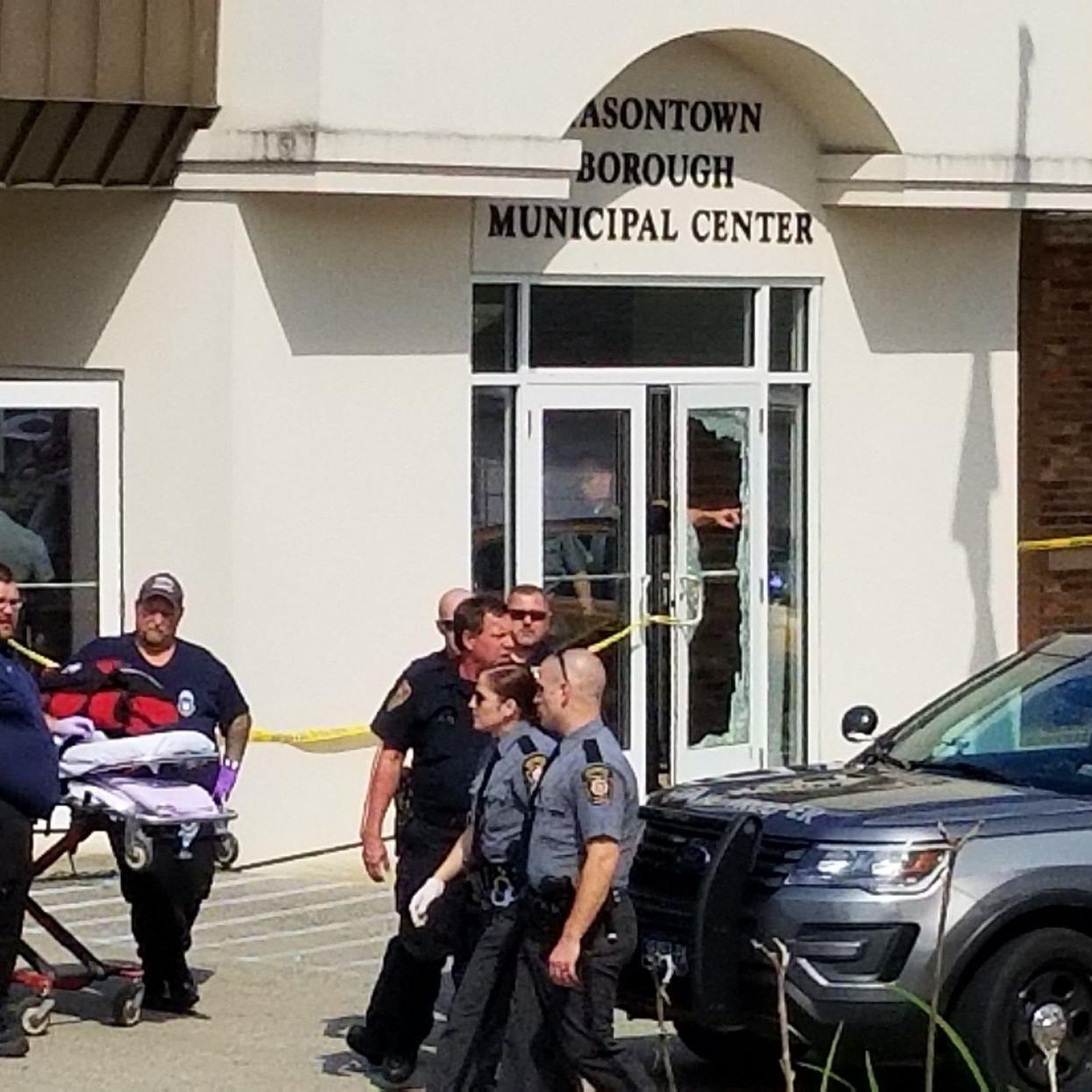 The gunman was attending Evangelical Bible Study for the last few weeks when he decided to murder his 39-year-old wife at the courthouse. He was shot and killed by Police. She survived.

A man scheduled for a hearing in a domestic violence case at a Pennsylvania courthouse shot his wife and three other people before he was killed by police in a shootout Wednesday afternoon. Patrick Shaun Dowdell has been identified as the gunman in the shooting at the Masontown magistrate’s office, WTAE-TV reports. The four victims, including Masontown Police Sergeant Scott Miller and Dowdell’s wife, two other men and a woman, are expected to survive, police said at a press conference. The shooting happened about 2:30 p.m., according to the Observer-Reporter, a local newspaper. The 61-year-old Dowdell, who went by Shaun Dowdell, was arrested in August on charges of aggravated assault, strangulation, terroristic threats, simple assault and harassment, Fayette County court records show. He was scheduled to appear at the courthouse at 1 p.m. on September 19 for a preliminary hearing before Magisterial District Judge Daniel C. Shimshock. The victim in that case was his 39-year-old wife. Source
at September 20, 2018