HAJJ DOOM FULFILLED! A Dozen Passengers Returning From Pilgrimage To Mecca With 'Flu-Like Symptoms' On Two American Airlines Planes Are Quarantined In Philadelphia

The earth will be struck by calamities of all kinds (in addition to plague and famine which will be wide-spread). Our Lady of La Salette 19 Sept. 1846 (Published by Mélanie 1879)

There will be bloody wars and famines, plagues and infectious diseases. Our Lady of La Salette 19 Sept. 1846 (Published by Mélanie 1879)
A dozen passengers returning from pilgrimage to Mecca with 'flu-like symptoms' on two American Airlines planes are quarantined in Philadelphia

Follow up all those Hajj DOOM posts I did...sure, OK there was no stamped.....just bringing back home some sickness....

A dozen travelers on Flight 755 and Flight 717 complained of feeling ill after departing from their planes at Philadelphia International Airport. The passengers are believed to have been returning from Saudi Arabia after completing Hajj - the pilgrimage to Mecca which all Muslims are expected to make at least once in their lifetimes. As a precaution, all passengers and crews from both flights were held for medical review, according to an airport spokeswoman. A total of 250 people were evaluated, and the Centers for Disease Control and Prevention was notified. CDC officials said people who are healthy are being released. They also said neither plane was quarantined because passengers reported feeling sick after disembarking. Source 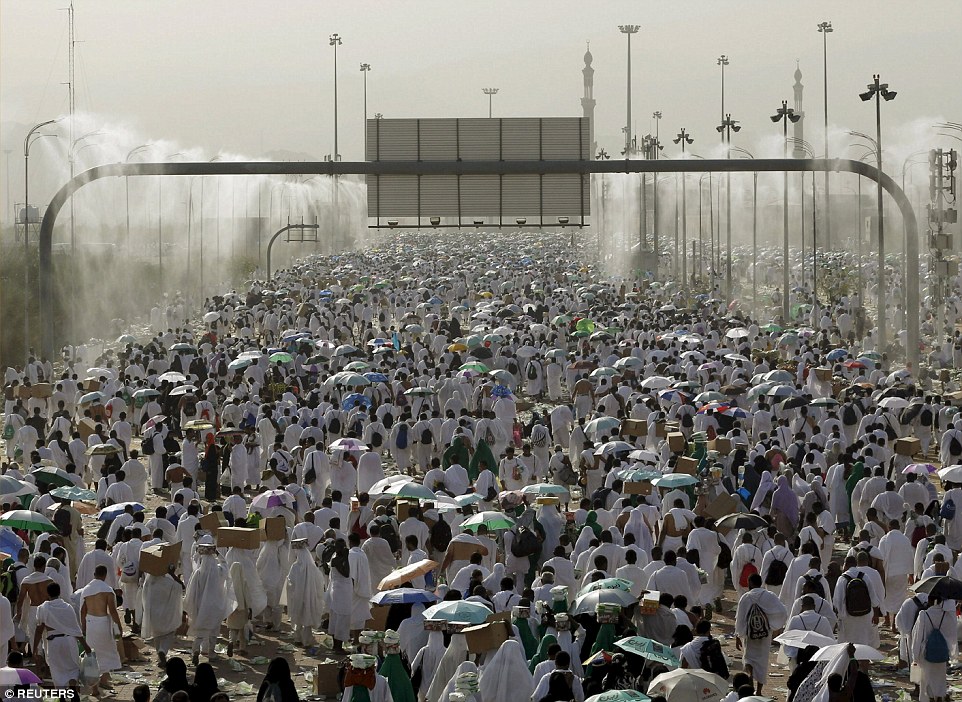