Folly Of First Responders: CHP Officer Brad Wheat Shoots Dead His Crossfit Instructor Wife And Then Himself After Finding Her Locked Inside A Sports Nutrition Store Having SEX With Another Man.... 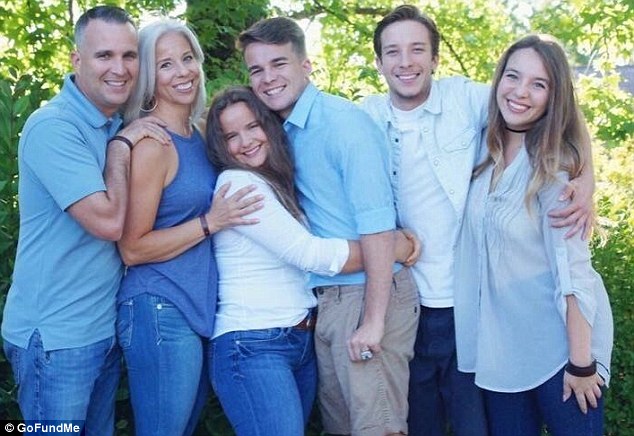 An off-duty California Highway Patrol officer is suspected of fatally shooting his wife before turning the gun on himself following a late-night argument at a sports nutrition store. Brad Wheat, 45, reportedly killed his wife Mary, 42, and seriously injured the 44-year-old store's owner after he opened fire at the shop in Martell, Amador County, California, on Monday evening. He then killed himself. The Amador County Sheriff’s Office said deputies responded to a 911 call from the owner, who said he was locked inside his store along with a woman and that her husband was banging on the door. According the locals, the couple were close friends with the store owner, who also runs a gym next door to Mary Wheat's cross-fit business, two miles away. Deputies arrived at the Get Ripped Nutrition store at 10.45pm, as shots were being fired. They found CHP officer Wheat and his wife dead in the parking lot.Witnesses told police that Wheat had banged on the door of the shop and eventually fired a gun at the store window to gain access. Once inside, Mr Wheat shot the store's owner in the shoulder. Source