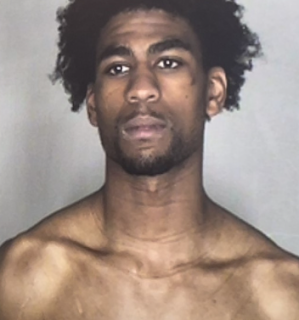 Naked Man Arrested after allegedly opening fire on bus
OROVILLE, Calif. (AP) — A 21-year-old man who was acting erratically opened fire inside a Greyhound bus in Northern California, killing a 43-year-old woman and wounding four others before he was arrested, naked, inside a Walmart after getting into a fight, authorities said. Asaahdi Coleman started shooting at passengers as they exited the Los Angeles-bound bus after it stopped at a convenience store in the city of Oroville on Wednesday night, Butte County Sheriff Kory Honea said Thursday. “This is a horrific tragedy that was visited upon our community,” he said. Police received 911 calls shortly after 7:30 p.m. that someone was shooting inside a bus outside a convenience store in the small city of Oroville, about 65 miles (104 kilometers) north of Sacramento. Officials said they recovered a dozen 9 mm bullet casings on the bus, which had a bullet hole through the windshield. Detectives later recovered the weapon in a nearby construction site, Honea said. Moments before the shooting Coleman, who had boarded the bus in Redding, told passengers that Los Angeles was a dangerous city and showed them a firearm he was carrying in a satchel, Honea said. He also got agitated and accused one of them of being an undercover law enforcement officer, the sheriff said. He showed “what could best be described as paranoid behavior,” Honea said. After the shooting, Coleman fled and ran to a Walmart about a half-mile away from the bus and got into a fight with a customer. After the fight was broken up, he walked away and began taking off his clothes. He was taken into custody, naked, shortly after, Honea said. It was not immediately clear if Coleman has an attorney who can speak on his behalf. He is expected to appear in court Friday. The wounded include a 32-year-old man who was shot multiple times and is in a critical condition, a 25-year-old pregnant woman who is in critical condition and an 11-year-old girl in stable condition. A 38-year-old man was treated for a minor injury and is expected to be released from the hospital soon, Honea said. Coleman, who has a juvenile criminal record, lives a “somewhat transient life” and is wanted on a warrant out of Alameda County for possession of a firearm by a prohibited person, Butte County District Attorney David Ramsey said. Source
at February 03, 2022