Sent A Beirut Mix Tape To My Station Chief With A Note Attached: Is Alcohol Allowed In Nepal? Is Gold Illegal In Nepal? How About An Elephant Gun? Then Why Am I Going There?

Let the seasons begin, take the big king down.....
16 FEB. 2022
Nepal police fire tear gas as protesters rally against US grant
The US is providing a $500m grant for the construction of power transmission lines and a road improvement project, but detractors say the funds come with unacceptable conditions. Police used tear gas and water cannon to disperse protesters objecting to a United States-funded infrastructure programme in Nepal, officials have said. The Millennium Challenge Corporation (MCC), a US government aid agency, agreed in 2017 to provide $500m in grants to fund an electricity transmission line and road improvement project in Nepal. The proposal was scheduled to be presented in Parliament for approval, but the debate was postponed because of disagreements among political parties. There has been growing opposition to the grant, mainly led by Communist parties, who say the grant comes with conditions that are not acceptable. 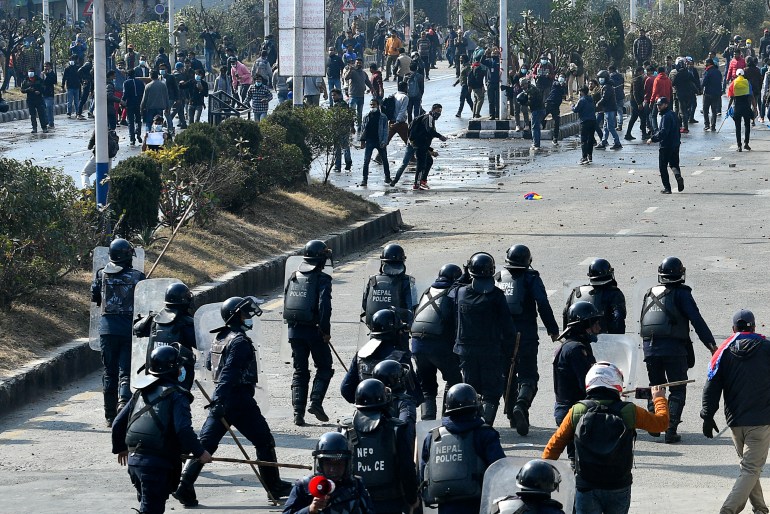 Two of the Communist parties are part of the coalition government. They claim the conditions in the grant agreement will override Nepal’s laws and damage the country’s sovereignty. They say it is part of Washington’s Indo-Pacific strategy, which has military components that could bring US soldiers to Nepal. US officials have spoken to Nepalese leaders recently to assure that the grant concerns only Nepal’s development. A few hundred protesters managed to push through the thick lines of riot police, who used bamboo batons and fired tear gas. Police also used water cannon on the protesters, who pelted them with stones. Roads leading to the parliament buildings were blocked for hours because of the clashes. A general strike called by the protesters also shut down schools and disrupted transport in the country. Police in Kathmandu detained dozens of protesters who tried to block traffic and attempted to set a taxi on fire. Officials said they used minimum force to disperse about 3,000 protesters near parliament in Kathmandu. Source