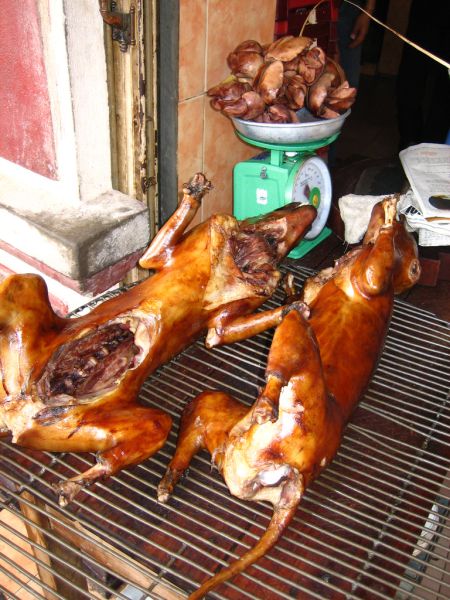 SEOUL: A South Korean farmer killed and cooked a neighbor’s barking dog before inviting its unsuspecting owner to join him for a dog-meat dinner, police said Wednesday, in a case that has sparked online outrage. The 62-year-old unnamed man confessed to the crime after another neighbor tipped off the pet owner’s family. He claimed he was so irritated by the dog’s constant barking that he threw a stone at the two-year-old Welsh Corgi, resulting in the animal losing consciousness. “Only after the dog passed out, he claims, he strangled the animal and cooked it,” a detective in the southern city of Pyeongtaek said. “The man then invited his neighbors to share the meal, including the father of the dog-owning family,” he said. Dog meat has long been a part of South Korean cuisine. Source