Incident occurred near Yonge and Finch shortly before 1:30 p.m.
Toronto police say a white van has struck several pedestrians in the Yonge Street and Finch Avenue area. The van fled the scene, according to police. Police said eight to 10 people were hit, but Toronto paramedics said the number was up to five. The van may have mounted the curb and hit the pedestrians on the sidewalk, police added. Police were called to the area shortly before 1:30 p.m. on Monday. Source 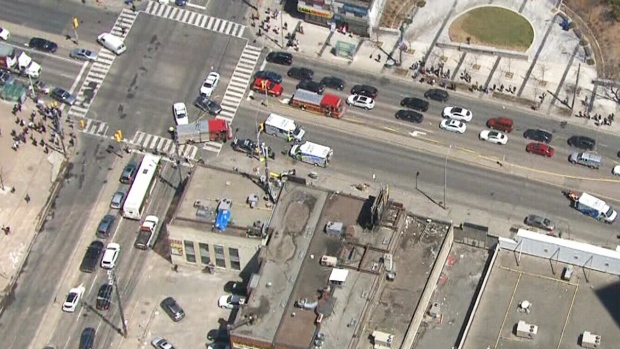