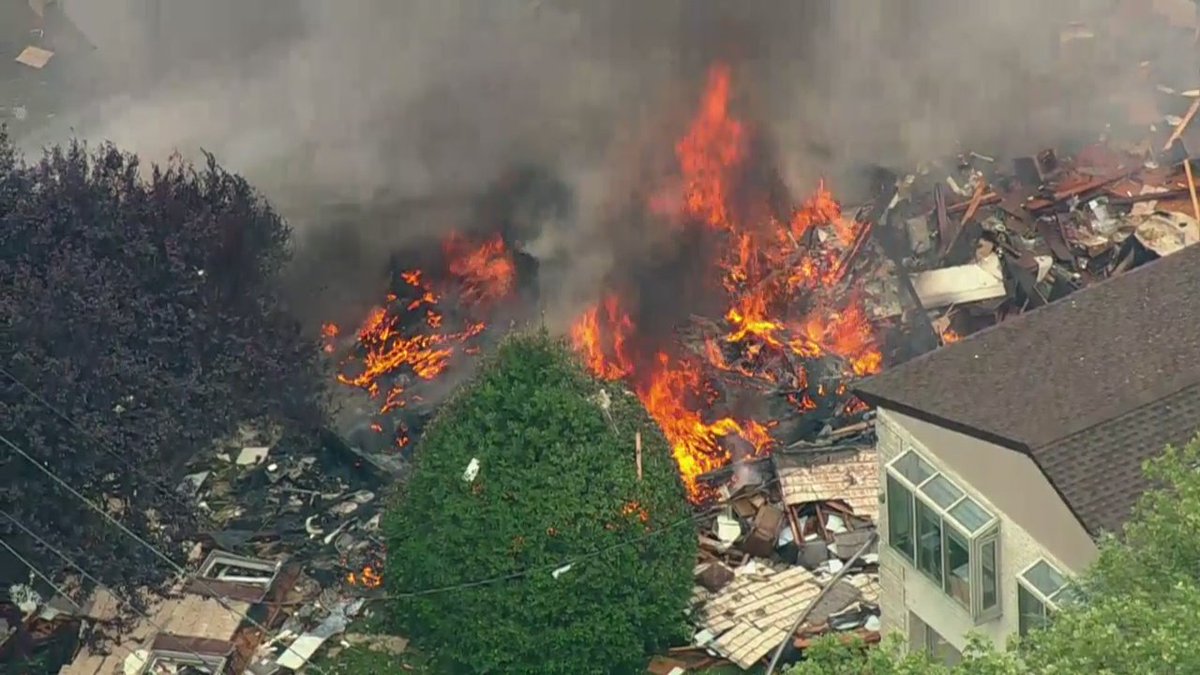 An off-duty Ridgefield police officer pulled a man from burning rubble, after an explosion obliterated the man's borough home. At 11:25 a.m. Monday, the officer called in an explosion at the Abbott Boulevard home, said Chief Thomas Gallagher. The officer, who lives right around the corner from the scene of the explosion, was walking when he heard and saw the house explode. Firefighters and first responders arrived shortly after to battle the flames. One person was injured, confirmed authorities. The unidentified victim was taken to Hackensack University Medical Center, in Hackensack. The officer was not injured, said Gallagher. Source