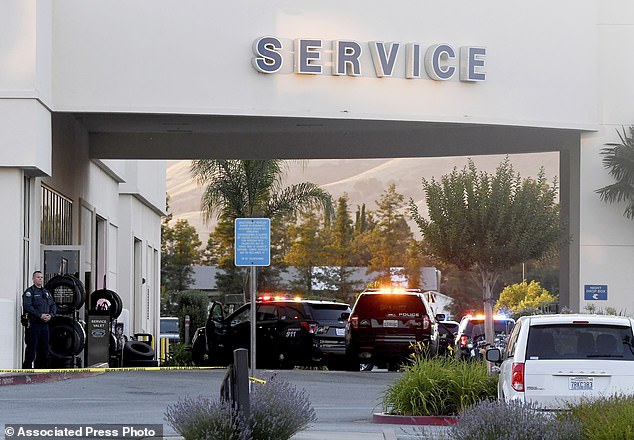 'He's got a history with guns': Chilling warning from co-worker before fired employee returned to Ford dealership and shot two managers dead before turning the gun on himself

Employees at a Ford dealership in the San Francisco Bay Area were apparently concerned about a colleague who had just been fired because of his 'history with guns,' less than 10 minutes before he shot and killed two managers and then himself. Police received multiple 911 calls at about 6.03pm Tuesday evening after the shooter opened fire in the service department of the dealership in Morgan Hill, southeast of San Jose. Doug MacGlashan, who was hired by the dealership for the day to train employees on new software, told KRON-TV that a parts department representative who had been terminated that day apparently went outside, got two guns and returned to shoot the two employees. Source