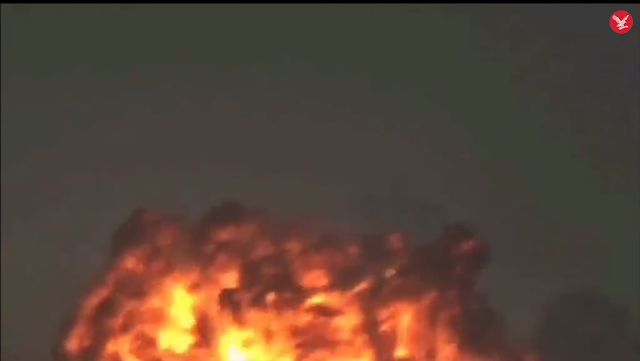 An Indian Air Force (IAF) pilot caused multiple explosions as he dumped fuel and bombs after flying through a flock of birds. The collision with the unfortunate animals caused an immediate engine failure on the Jaguar aircraft which was forced to make an emergency landing following the incident. Before the pilot could land, he had to dump fuel tanks and Carrier Bomb Light Stores, a form of practice bomb, which caused explosions on the ground below.The pilot was commended by authorities for “assessing the situation in seconds” and following the standard operating procedure for such an incident. In a statement the IAF said: “His actions bear testimony to the highest professional standards of the IAF resulting from extensive operational training.” Source