How Many Days In MAY 2019 Before There Is A Need To Pray JESUS PSALTER? 13 DEAD; SHOOTING IN VIRGINIA BEACH DISGRUNTLED BLACK CITY EMPLOYEE DEWAYNE CRADDOCK MURDERS CO-WORKERS

I now include the world, not just the US.

How important is public devotion to the HOLY NAME?

Outside of the visible sacrifice offered to God there was the practice of calling upon the HOLY NAME of GOD:

But to Seth also was born a son, whom he called Enos; this man began to call upon the name of the Lord. Gn.4.

Law of Nature had two major works dedicated to God:

But we do not have a public reparation to the Holy Name of Jesus.

So use this JESUS PSALTER - pray it.

Call this a new post - call it a reminder - I will make a post weekly if necessary......

I bet the workers abuse the Holy Name of Jesus in their workplace....yes even the women...especially the women.... 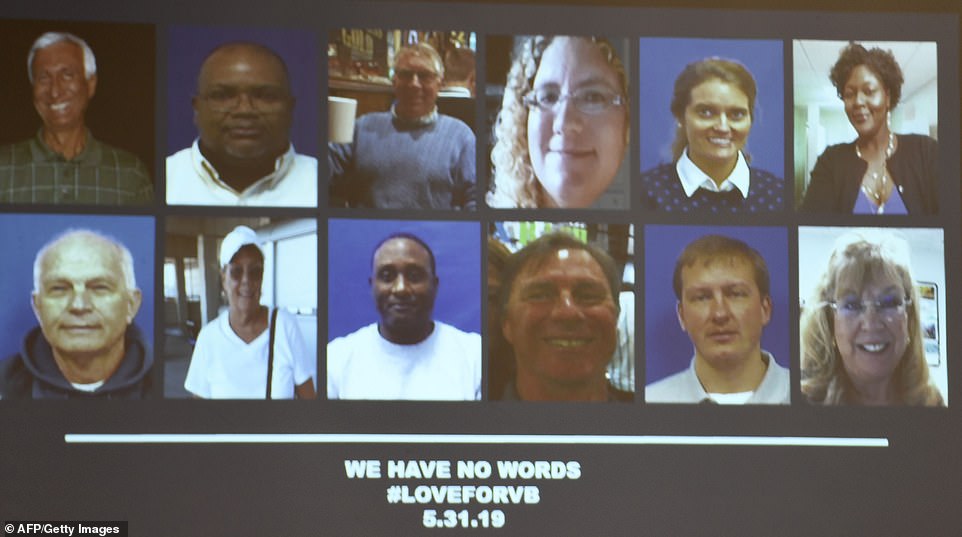 PICTURED: Twelve victims gunned down by 'disgruntled' Virginia Beach city employee who opened fire indiscriminately with 'modified handgun' before he was killed by cops after fierce shootout

The tragic victims of the Virginia Beach municipal center who were gunned down by a city employee wielding a 'modified handgun' before he was killed by police following a 'long running battle' have been pictured.    The shooter, named as DeWayne Craddock, 40, reportedly bought multiple firearms in recent weeks although police have so far refused to reveal whether there was an intended target or motive to the senseless attack.  Virginia Beach City Manager Dave Hansen said at a press conference Saturday that Craddock had been employed by the city for 15 years as an engineer. Hansen said Craddock was still employed at the time of the shooting Friday afternoon and possessed a security pass that allowed him access to nonpublic areas of the municipal building.  Neither Hansen nor Virginia Beach Police Chief James Cervera would comment on whether Craddock was facing disciplinary or termination proceedings at the time of the shooting.  Source