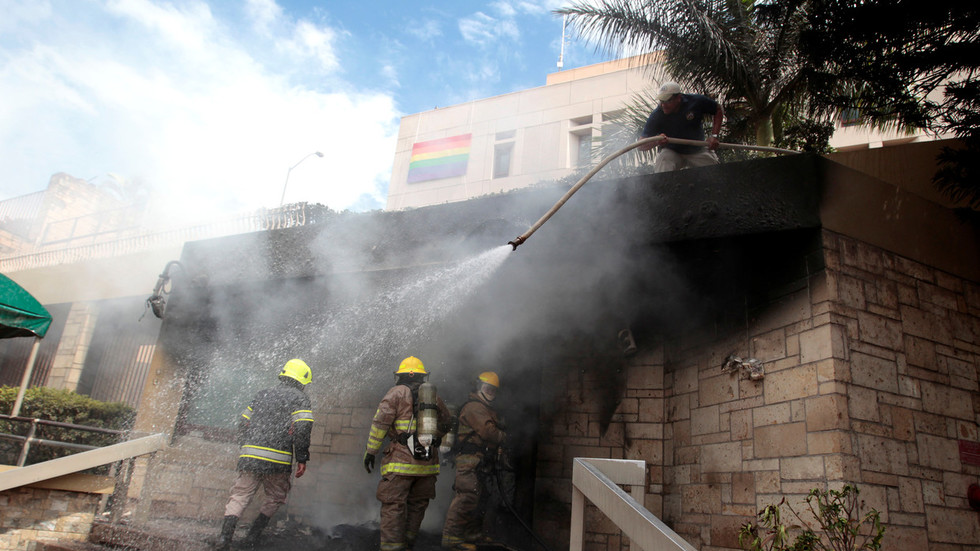 Several hooded demonstrators have set fire to the US Embassy in the capital of Honduras, as massive protests against education and healthcare privatization grip the Central American country. Footage from the scene in Tegucigalpa showed pillars of thick black smoke rising above the American diplomatic mission, after several tires were set ablaze right in front of the embassy’s doors. The protesters chanted "American trash, American trash" as the entrance burned. Source