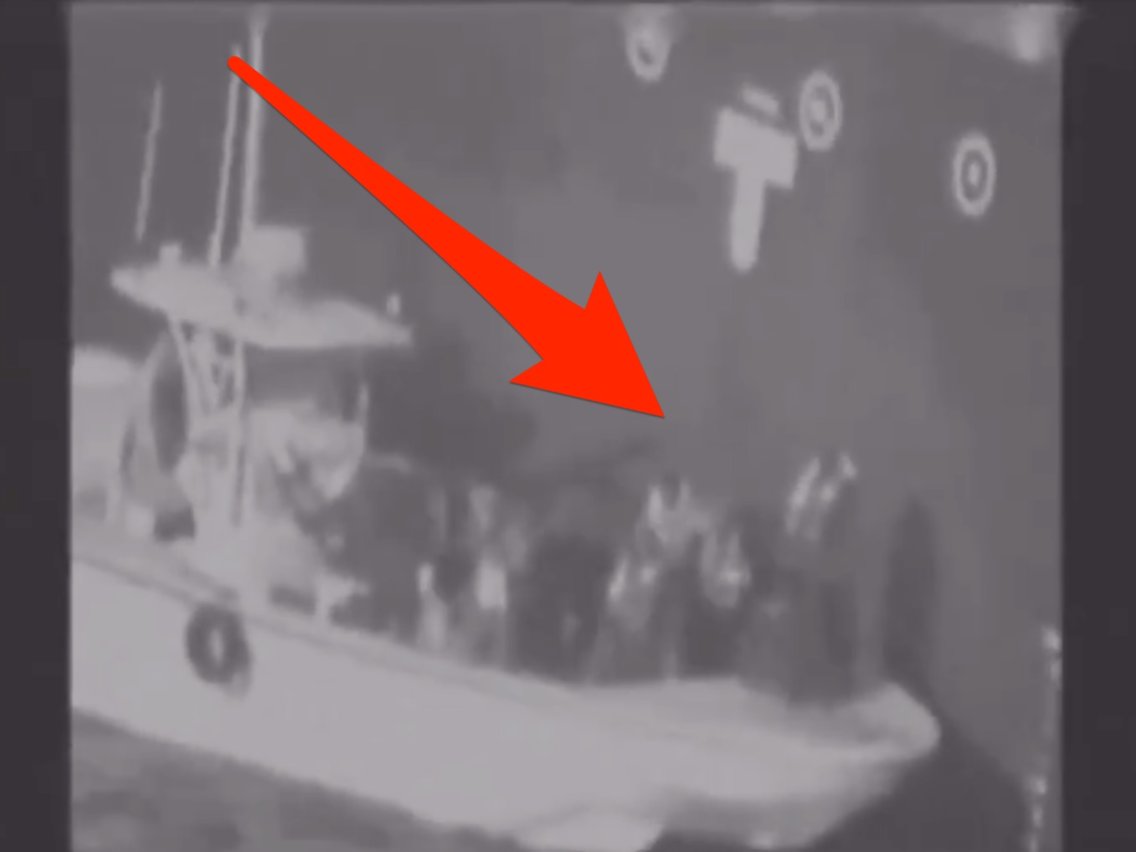 If there were any doubts Iran is responsible for the attacks on two oil tankers in the Gulf of Oman, a new report should put those doubts to rest. The United States has video of Iran removing unexploded mines from the side of one of the ships that was hit. The Iranian ship can be seen pulling alongside one of the tankers and removing what appears to be a limpet mine while believing they were not being watched. The video above, released by the United States Navy, shows the actions by the Iranians. The image below released by CentCom shows two areas, one where an exploded mine did damage and the other of a mine that apparently didn’t detonate. Source