Iran launched missile at US drone ahead of tanker attacks, official tells CNN

Before attacking two tankers near the coast of Iran on Thursday, Iranians launched a surface-to-air missile at a U.S. drone flying in the Gulf of Oman. A U.S. MQ-9 drone spotted Iranian boats nearing the tankers before the attacks occurred, and the Iranians shot a missile at the drone, but missed, a U.S. official told CNN in an exclusive on Friday.

The official also said a U.S. Reaper drone flying over the Red Sea was struck and shot down by what is presumably an Iranian missile, just days earlier.  Source 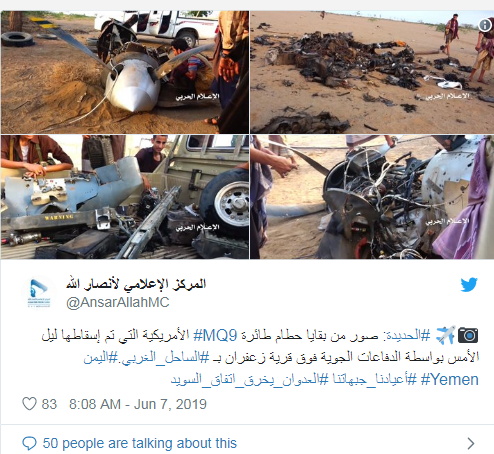