Those who drive carts cannot speak without putting the name of my Son in the middle. Our Lady of La Salette 19 Sept. 1846 (Published by Mélanie 1879)

Another Mass Shooting in TEXAS.....

How important is public devotion to the HOLY NAME?

Outside of the visible sacrifice offered to God there was the Public practice of Invocation or calling upon the HOLY NAME of GOD:

But to Seth also was born a son, whom he called Enos; this man began to call upon the name of the Lord. Gn.4.

Law of Nature had two major works dedicated to God:

2. Calling upon the Holy Name

But we do not have a public reparation to the Holy Name of Jesus.

Instead every man publicly Blasphemes the Holy Name Of JESUS.

And you will be punished for abusing the Holy Name of JESUS.

So use this JESUS PSALTER - pray it. 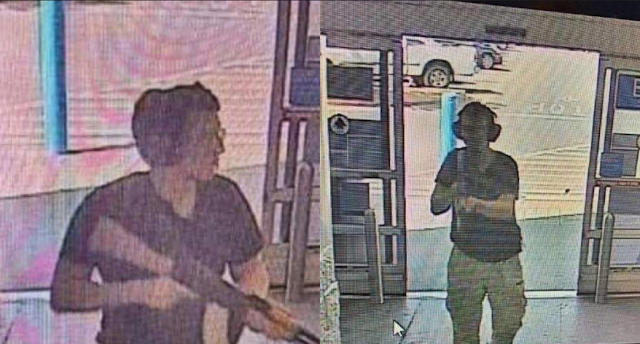 A gunman opened fire Saturday in a Walmart and around a nearby shopping mall in El Paso, Texas, leaving 20 people dead and 26 injured, law enforcement officials said.  In delivering an updated number of deceased, Gov. Greg Abbott called it "one of the most deadly days in the history of Texas."  "Twenty innocent people from El Paso have lost their lives," he said.  Authorities appealed for urgent blood donations for the wounded.  One suspect was in custody, officials said.  Law enforcement sources say police identified the suspect as Patrick Crusius, 21, from the Dallas area. Sgt. Robert Gomez of the El Paso Police Department said no shots were fired by law enforcement. Source