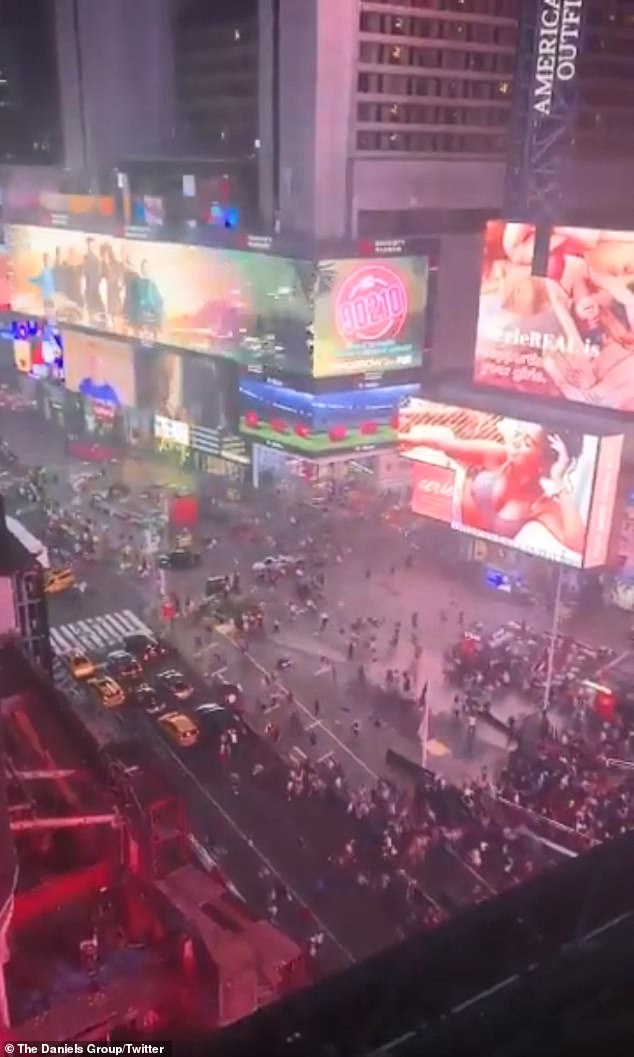 Blind panic in Times Square as hundreds of traumatized New Yorkers run for their lives when the sound of a motorcycle backfiring is mistaken for gunfire after weekend of back-to-back mass shootings, sparking a stampede that left 22 people injured

A backfiring motorcycle sparked mass panic in Times Square on Tuesday evening as tourists and New Yorkers fled for their lives after mistaking the sound for gunfire. The loud bangs could be heard at the Crossroads of the World at around 9.30pm, with multiple backfires on the street near Eighth Avenue and West 42nd Street, according to the NYPD. The popping sounds sparked a stampede as footage showed crowds of people fleeing in terror, with some flocking towards West 47th Street and Seventh Avenue, police told WNBC. One pedestrian was injured from a fall sustained while running during the frenzy, police told the outlet, while kids were also separated from their parents. Source