Aristotle On College Educated White Women Dominating ANTIFA & BLM: Slaves And Women Do Not Conspire Against Tyrants Because Under Them They Have A Good Time 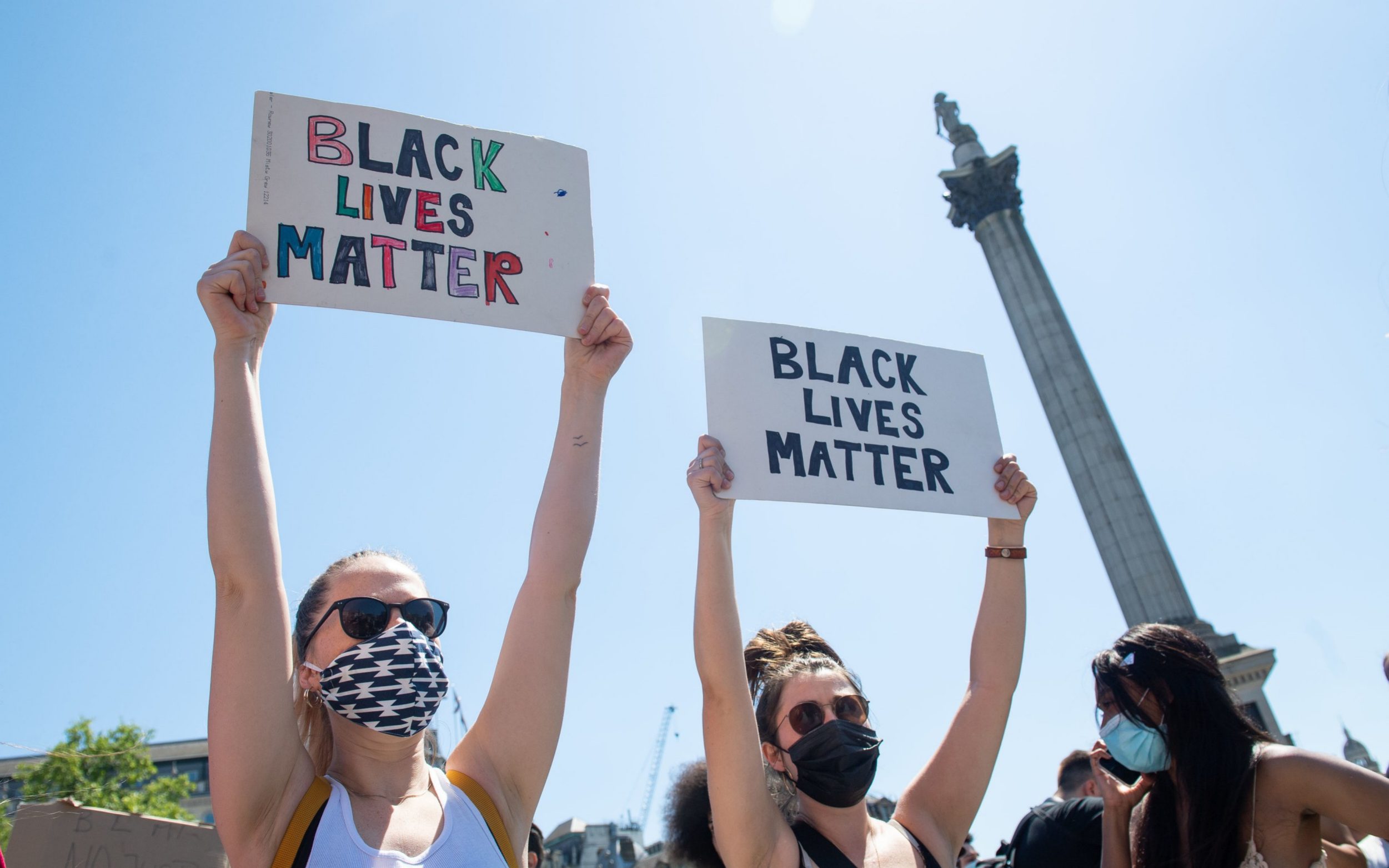 Who are the present day democratically elected Tyrants?

List of Tyrannical Governors (All DEMOCRATS)
Please also name the states with the greatest loss from rioting, looting & property destruction?

The greatest amount of destruction can be found in all of the above mentioned states where these Tyrants rule.

Here is the latest violence at the CHOP/CHAZ utopia:

Vehicle ramming attack at CHOP/CHAZ check point. Driver was shot and killed by the CHAZ/CHOP Security. 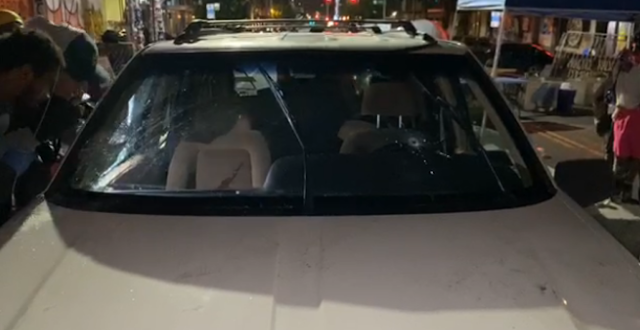 Shooting at Seattle’s CHOP protest site kills one, leaves another in critical condition

One person was killed and another was wounded early Monday morning when they were shot in the protest area known as CHOP, in Seattle’s Capitol Hill neighborhood. Seattle police tweeted that the shooting happened near 12th Avenue and Pike Street. Two people were brought to Harborview Medical Center with gunshot wounds, with one arriving in a private vehicle around 3:15 a.m. and the other brought in by Seattle Fire Department medics about 15 minutes later, according to an email from Harborview Medical Center spokesperson Susan Gregg. As of 5:40 a.m., one patient had died and the other was in critical condition, according to Gregg, who said both patients were male. Varying details of the shooting were posted to social media Monday morning. One person tweeted that “two guys” in a white SUV showed up and opened fire on the protest area before being “MURKED” by security on the ground. Source 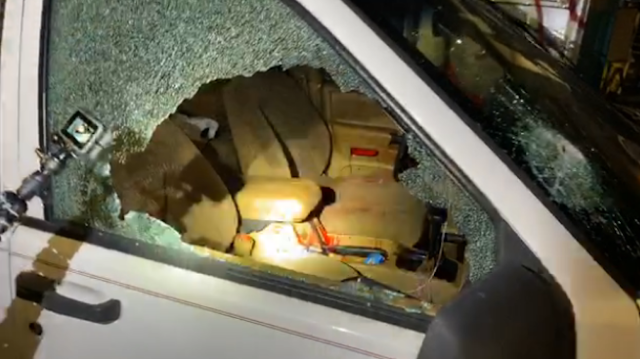 One man has died and a child remains hospitalized in critical condition Monday following the latest shooting in Seattle’s Capitol Hill Organized Protest, or CHOP. Two males suffering gunshot wounds arrived at Harborview Medical Center’s Emergency Department. The shooting victim who arrived at the hospital at 3:30 a.m. from the CHOP area on Capitol Hill in Seattle has unfortunately died, Susan Gregg, a hospital spokeswoman, told Fox News. He was transported to the hospital via Seattle Fire Department medics. The other male arrived at about 3:15 a.m. by private vehicle. He remains in critical condition in the intensive care unit. Seattle Police Chief Carmen Best later said the second person who was shot was a 14-year-old child. The Seattle Police Department said officers were investigating a shooting near 12 Avenue and Pike Street, where two people were reported injured.  Source


Here is Twitter commentary on the incident from a White Goth Sex Worker Chick.

This white woman takes typical leftist glee in the death of others (abortion, euthanasia etc..).

She claims to a sex worker/stripper?

Isn't that degrading for a woman? 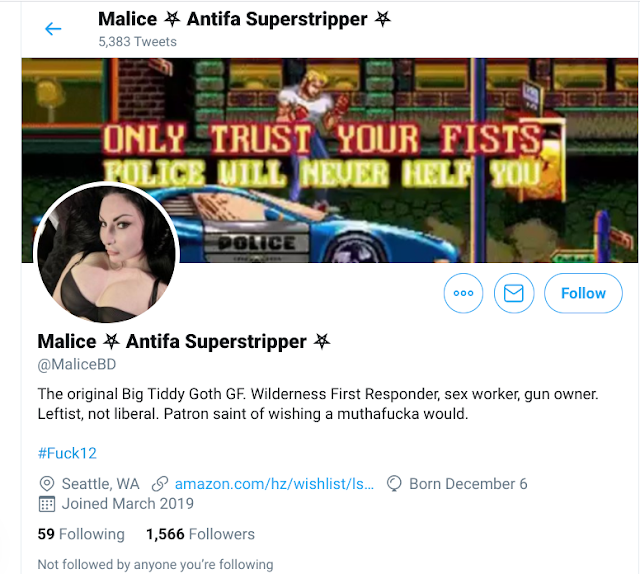 I bet Ms. Malice is Roman Catholic - make that an Apostate Catholic.

And isn't GOTH racist? When was the last time you saw a black man or woman in white face attending GOTH party? You don't. GOTH is racist...LOL! 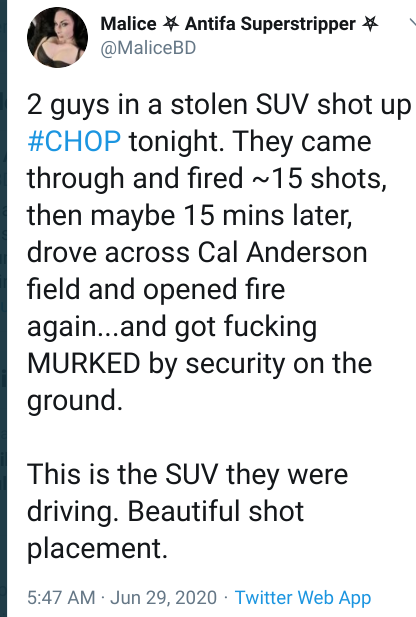 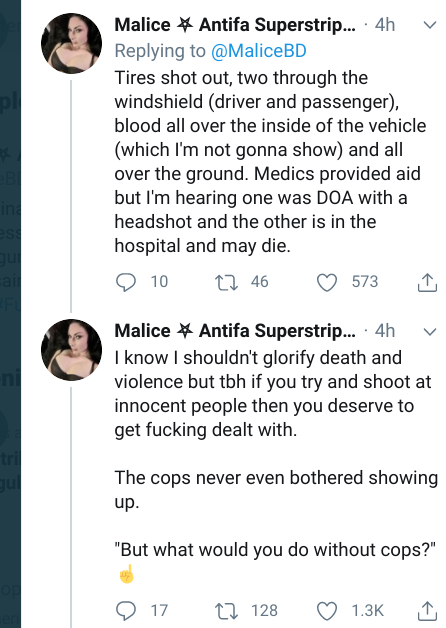 I bet if you ask Ms. Malice if she's having a good time under the tyranny of Governor Jay Inslee  Ms. Malice would say...