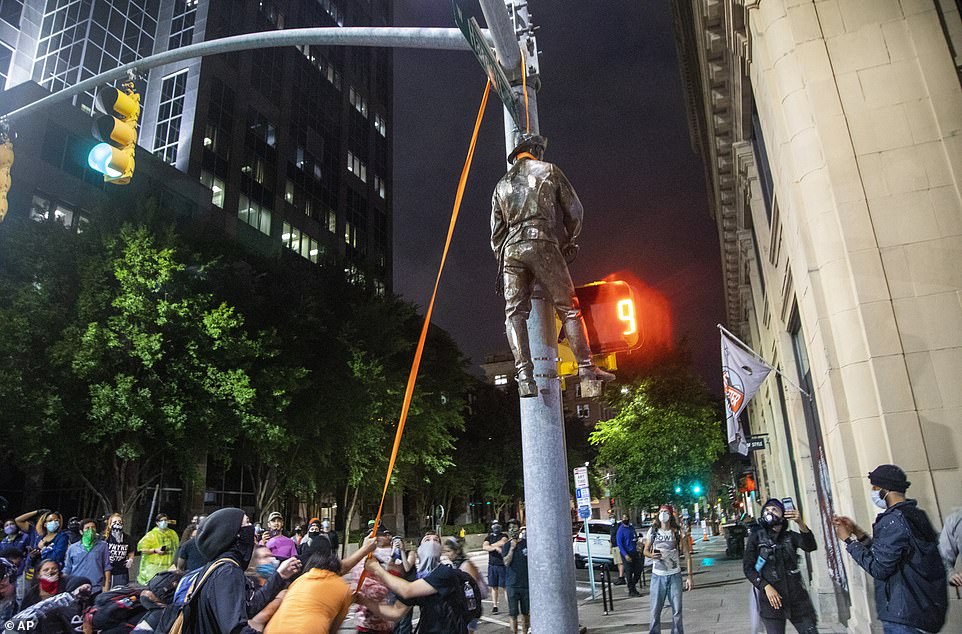 Protesters in Raleigh drag a Confederate soldier statue through the street and hang it from a pole while Donald Trump slams cops for letting demonstrators rip down and burn a monument to General Albert Pike in D.C.

President Donald Trump hit out at Washington D.C. police late on Friday night, claiming they were ‘doing nothing’ as protesters tore down and burned a statue of a Confederate general. The monument of General Albert Pike was hit by demonstrators as a protest in Raleigh, North Carolina, also targeted statues of soldiers at a Confederate monument. The statues were pulled to the ground with ropes around their necks and dragged through the streets before one was hung from a street sign. Another statue was left in front on the Wake Court courthouse. Amid the continuing protests against racial inequality taking place across the country, demonstrators in Washington D.C. on Friday night gathered at the Albert Pike monument during an event to mark Juneteenth. The holiday commemorates the end of slavery in Texas, two years after the 1863 Emancipation Proclamation freed slaves elsewhere in the United States. Source