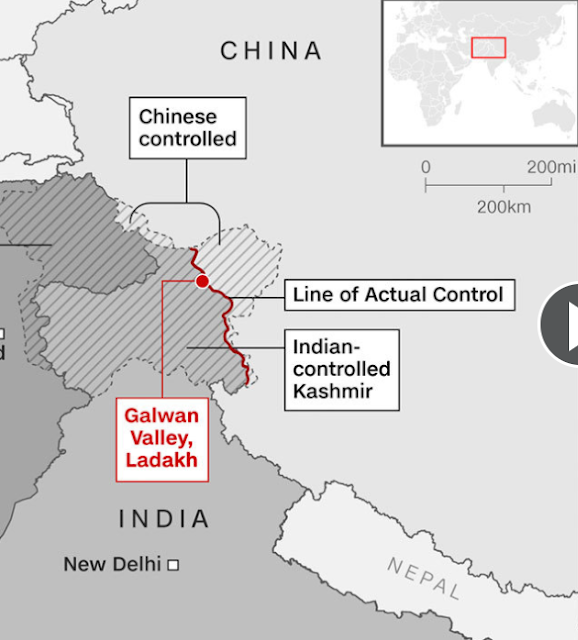 Three Indian soldiers have died in a skirmish along the border with China, New Delhi has said. Beijing claims that the incident occurred after Indian forces crossed the border and attacked Chinese troops. An Indian Army officer and two soldiers were killed in a clash with Chinese troops on Monday night in the Galwan Valley in Kashmir, local media reported. Senior military officials from both countries are currently meeting to de-escalate the situation, according to a military statement cited by Indian outlets. India has claimed that there were casualties on both sides, although they did not disclose how many Chinese personnel were killed in the clash. For weeks, Indian and Chinese troops have been engaged in a tense standoff in several places along the Line of Actual Control (LAC) in eastern Ladakh, which is part of India-controlled Kashmir. Several hundred Chinese and Indian soldiers faced off in a brief skirmish in early May. The Indian Army sent reinforcements, including military vehicles and artillery, to the area following the violent flare-up. The ongoing escalation in the region has been attributed at least in part to India's anger over China's decision to build roads and airstrips near the border. Source