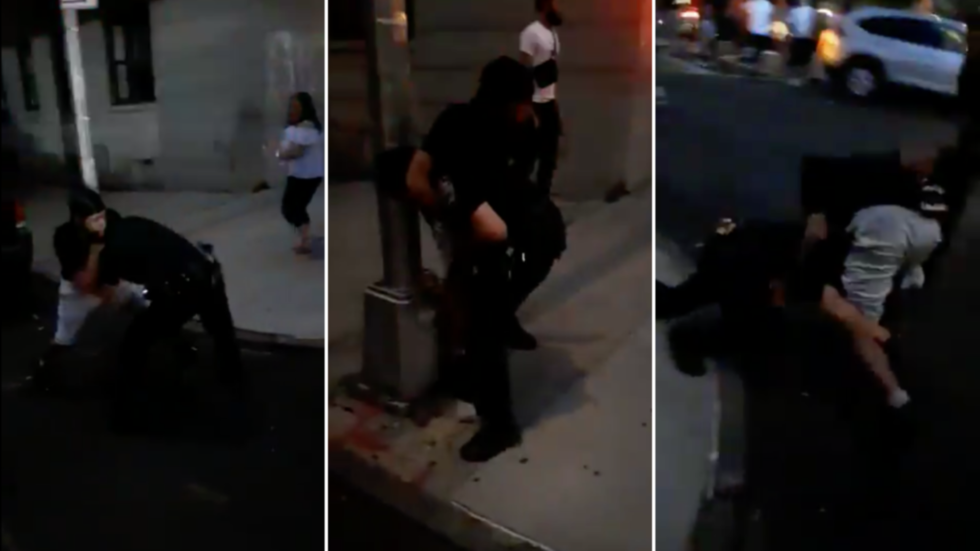 The skirmish occurred on July 1 in the Bronx, when a pair of officers were trying to arrest a suspect who resisted being put into their police car, while the crowd was bullying and taunting the officers. When one of the officers charged to detain another man, the suspect put him in a headlock or chokehold – a controversial tactic for which police are often criticized, and which is about to be banned in New York City. After a short struggle, the suspect brings the cop to the ground and runs away, as the crowd continues to cheer and shout profanities. The officer suffered a gash to the head that required several stitches, and while many people online condemned the attack on law enforcement, some found twisted 'irony' in a situation where a controversial chokehold was used against an officer.Meanwhile, it emerged that the suspect is a known gang member who turned himself in a week later, according to the NY Post, but wound up being released without any charges, pending further investigation by the Bronx DA’s office. Source

Feckless Bill de Blasio keeps tying up the hands of the NYPD, more and more.

I don't know why somebody would still join the Academy under this leadership.