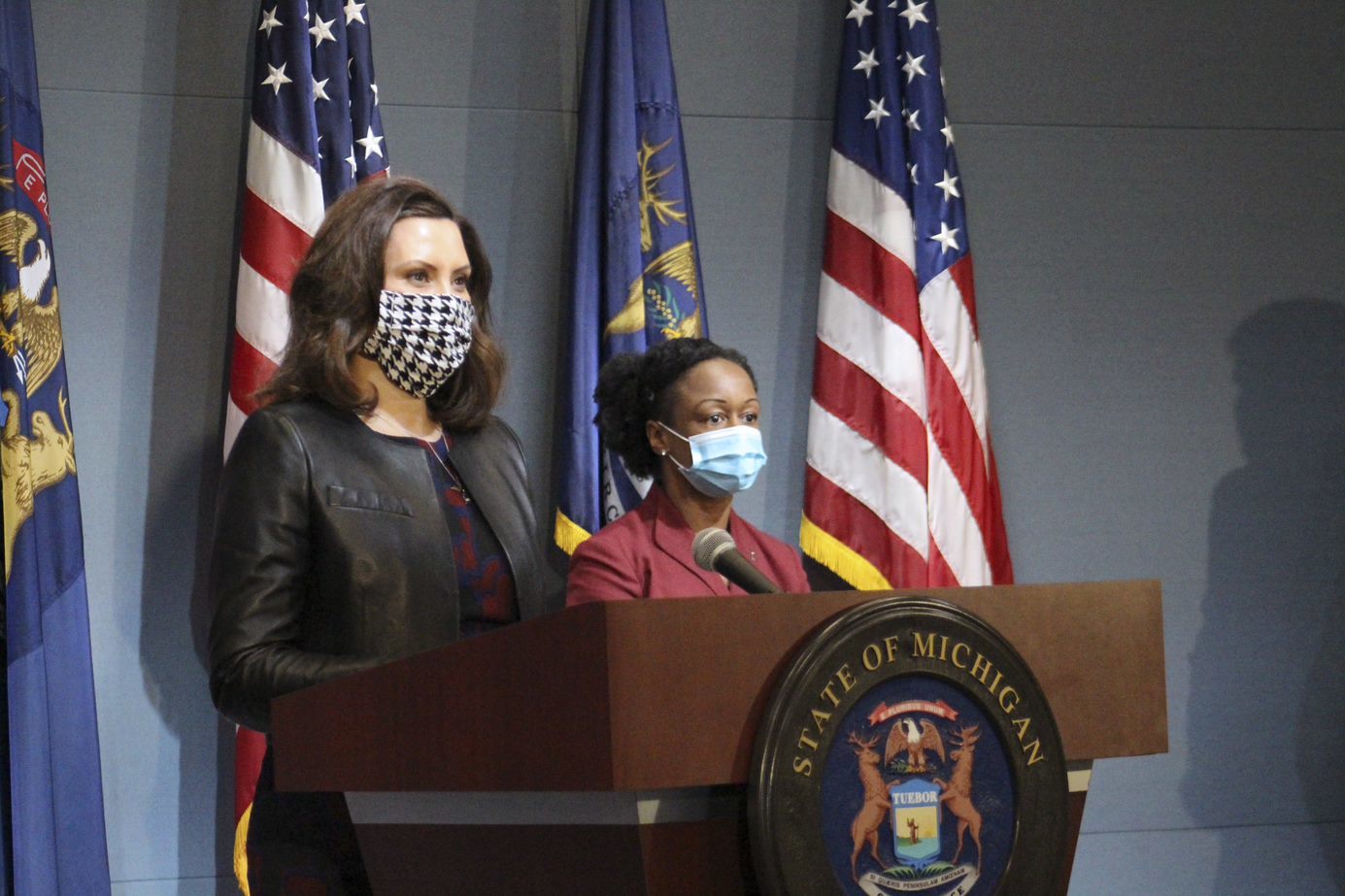 (WWJ) A confrontation over a mask has led to a stabbing and a deadly shooting southwest of Lansing. According to Michigan State Police, the suspect walked in a Quality Dairy convenience store in Windsor Twp. Tuesday morning without a mask, and was told that he had to wear one. An argument broke out between the man and other customers in the store, police said, and the maskless man — identified as 43-year-old Sean Ernest Ruis — was refused service by store employees. The dispute escalated, and it's alleged that Ruis pulled out a knife and stabbed a 77-year-old Lansing man. Ruis, a Grand Ledge resident, then got into his car and fled. He drove to Delta Township where he was pulled over by an Eaton County Sheriff's deputy on Jerryson Drive. "She approached the car and he approached her with a knife, and she shot and killed him," WWJ Lansing Bureau Chief Tim Skubick reported. Ruis was taken to a local hospital where he died of his injuries. The stabbing victim is being treated for his wounds at a hospital. MSP said the deputy, a 22 1/2 year veteran with Eaton County Sheriff’s Department, was not injured. Investigations by the sheriff's office and State Police into both the stabbing and shooting are ongoing. This comes one day after stricter mask rules went into effect in Michigan. Under an executive order by Gov. Gretchen Whitmer, businesses are now required to refuse entry or service to people who are not wearing a face covering, with few exceptions. Source