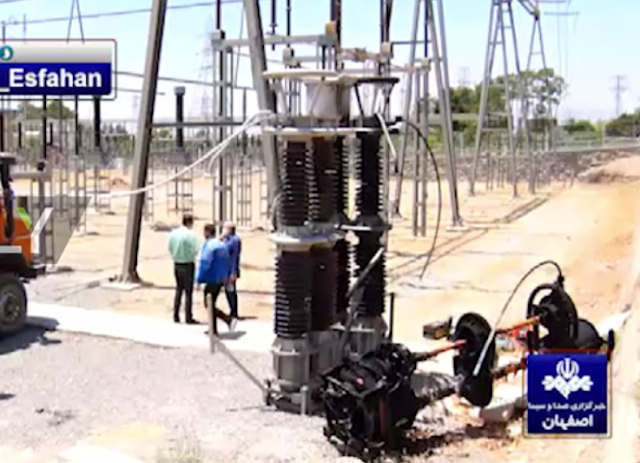 Iran was struck by another accident on its infrastructure after an explosion hit a power plant in the central Iranian province of Isfahan on Sunday, local media reported.

Local officials blamed faulty equipment for the accident and said the incident caused no casualties.

The power plant official said that the facility returned to normal after two hours and noted that Isfahan's power supply was not interrupted.

This is the latest in a string of accidents and explosions that have struck near civilian and military sites in Iran over the last few weeks.

This month, fires and explosions took place at a shipyard, a factory south of Tehran with two people killed, and the Natanz nuclear complex in central Iran.

Iranian authorities called the Natanz fire an accident, without elaborating, and later said they would not reveal the cause, citing "security reasons".

A Middle Eastern intelligence official with knowledge of the Natanz incident told the New York Times that, contrary to the Iranian government's initial statement that it was an accident, Israel was responsible for the "powerful bomb" attack in Natanz.

Israel and the United States under President Donald Trump have been vocal opponents of Iran's nuclear programme. The Stuxnet cyberattack in 2010, which targeted Iran's nuclear centrifuges, was blamed on Israel and the US, although neither officially claimed responsibility for the operation. Source