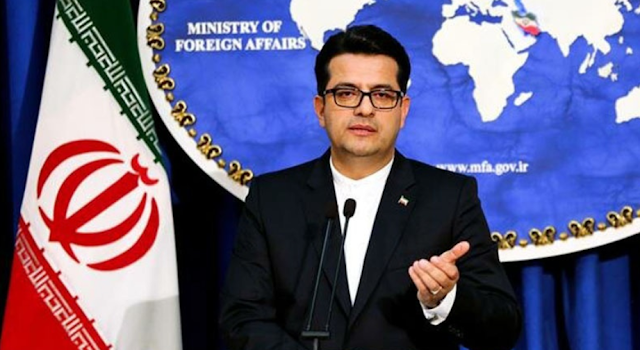 IRANIAN MAKES A BAD JOKE ON MONDAY ABOUT THE USS BONHOMME RICHARD FIRE:

A senior Iranian official has joked about the "interesting" fire that ravaged a U.S. Navy amphibious assault ship in San Diego, quipping that the incident may be claimed by a supposed domestic dissident group like recent explosions in Iran.

Foreign ministry spokesperson Seyed Abbas Mousavi told reporters Monday that the fire aboard the USS Bonhomme Richard "is not relevant to us." The fire broke on Sunday and spread across the ship, injuring more than 20 people as teams of firefighters sought to bring the blaze under control.

But according to Iran's state-controlled PressTV channel, Mousavi added, "It's interesting how quickly U.S. destroyers catch fire," referring to the Bonhomme Richard, which is capable of carrying a mix of fighter jets and helicopters.

"I have no stance," Mousavi told reporters. "But just search news sources to see if 'American Panthers' have claimed responsibility."

This remark alluded to a series of recent mysterious explosions in Iran that have prompted suggestions of a broad sabotage campaign by a foreign power or a domestic dissident group. One group calling itself the "Homeland Cheetahs" claimed responsibility for an explosion at a sensitive nuclear site in Iran earlier this month.

The explosion occurred at the Natanz nuclear site around 150 miles south of Tehran earlier this month. The incident damaged a uranium enrichment facility where Iran produced centrifuges—needed to expand Iran's stockpile of enriched uranium that could one day be used to create nuclear weapons. Source

THEN THIS HAPPENS TWO DAYS LATER 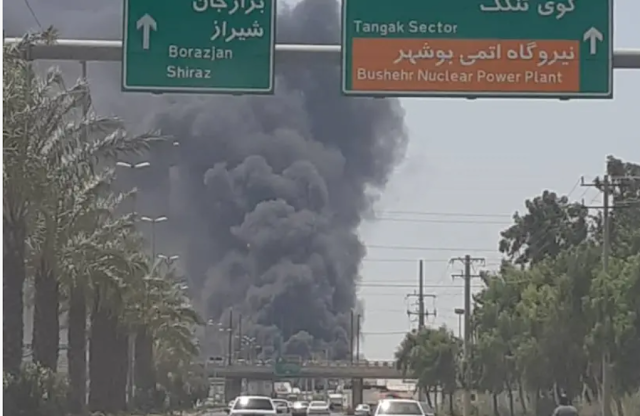 A large fire broke out at an Iranian shipyard in the port city of Bushehr in southeastern Iran on Wednesday shortly after a fire was reported at an aluminum factory in Lamerd in southern Iran.

The fire at the Delvar Shipyard in Bushehr filled the city with thick smoke and firefighters struggled to contain and extinguish the flames. The cause of the incident and the damage caused are yet to be determined, according to the Iranian Fars News Agency.

The incident comes just days after a large fire broke out on a US warship in San Diego. Iranian Revolutionary Guards Corps Quds Force Commander Esmail Ghaani stated about the incident in the US, "Americans shouldn’t blame others, this is the fire they lit.”

Earlier on Wednesday, a fire broke out at the South Aluminum Corporation in Lamerd, causing "minor damage" according to the Iranian Mehr News Agency. The fire was caused by an "oil leak," according to Mehr.

The two fires are the latest in a series of fires and explosions that have plagued Iranian industry and infrastructure in recent weeks, including oil plants, nuclear facilities and factories.

An explosion was reported at a gas condensate plant in the Kavian Fariman industrial zone in eastern Iran's Razavi Khorasan Province on Monday, according to Iranian media.

The explosion caused extensive damage to the company and to a neighboring company, but did not cause casualties, according to the local fire chief, Iran's ILNA reported. Source 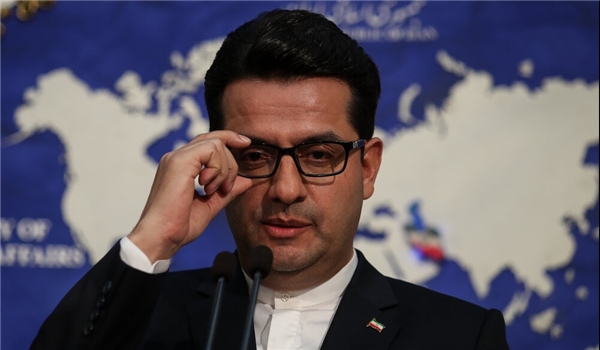