Ms. Leila Vaseqi The Governor Of Tehran 'Shahre Quds' Denied Any Explosion In The City Of Shahre Qods And Garmdareh.....Boom Boom... 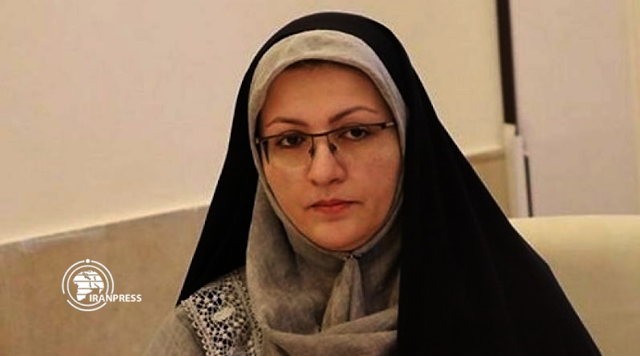 Looking at her I am reminded of what Pagan Aristotle had said:

Tehran (IP) - The governor of Tehran 'Shahre Quds' denied any explosion in the city of Shahre Qods and Garmdareh, saying: "The published story was a rumor."

Iran Press/ Iran News: Leila Vaseqi, the governor of Shahre Qods, stated that no explosion took place in the Shahre Qods and even Garmdareh, and the power outage in front of the 12 Bahman hospital at 10 pm last night was for 5 minutes. The official stressed that none of the security agencies confirm the sound of the explosion in Shahre Qods and Garmdareh, and the published story has been a rumor. Last night rumors and fake images about hearing the sound of an explosion and power outage in the west of Tehran province made headlines in cyberspace. The image which is being spread in cyberspace as the explosion of the west of Tehran is related to the bombing of the Zionist regime in Gaza. Field observations by reporters in the Shahre Qods do not confirm any explosive noise, and people spent a quiet night in western Tehran. Source