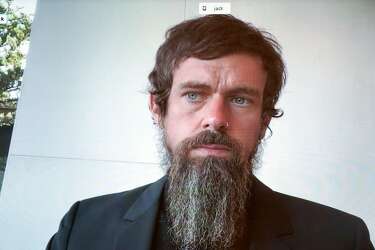 Twitter BANS black reporter for criticizing BLM founder for buying $1.4m home in '88% white LA neighborhood' - as he slams big tech for making the movement a 'sacred cow despite its financial GRIFT'
A prominent black sports journalist barred from Twitter for the 'crime' of discussing the $1.4 million house bought by a Black Lives Matter co-founder slammed the company for trying to silence legitimate debate.   Jason Whitlock, 53, told DailyMail.com on Monday that Twitter was 'going too far' by blocking him from posting to his account, which has nearly 450,000 followers.  The censorship by Twitter comes as social media companies, including Twitter and Facebook, have increasingly 'de-platformed' figures who stray too far from opinions they consider acceptable. 'BLM is one of Big Tech's sacred cows,' Whitlock told DailyMail.com 'I’ve been harping on the fraudulence and the financial grift of BLM for years.'  'I think Twitter has been looking for an excuse to de-platform me,' he said.   BLM raised $90 million last year, the AP has reported, but it's unclear how leaders are paid - if they are paid - because the organization's finances are opaque, a fact that has sparked criticism, even among local BLM chapters.  Now, Whitlock says, Twitter is trying to silence him for asking questions about BLM's finances.   He was silenced just as it emerged that BLM co-founder Patrisse Cullors, a self-professed 'trained Marxist', had purchased the $1.4 million house in LA. The New York Post reported Cullors had also bought two other LA homes in recent years, and paid $415,000 for a 3.2 acre property in Georgia.   Source
Here is my take on the Four Beasts: