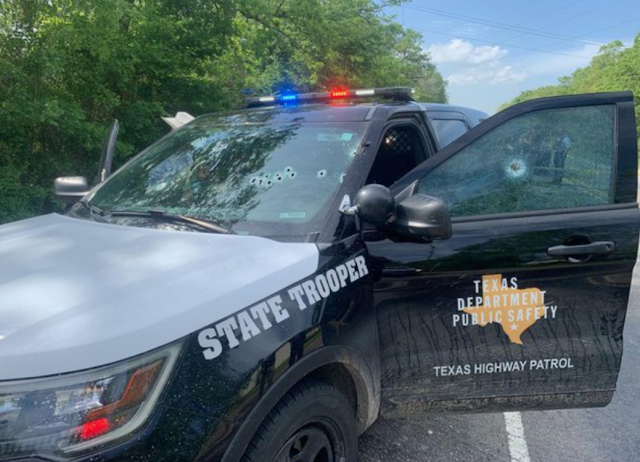 Shot grouping: In shooting sports, a shot grouping, or simply group, is the collective pattern of projectile impacts on a target from multiple consecutive shots taken in one shooting session. The tightness of the grouping (the proximity of all the shots to each other) is a measure of the precision of a weapon, and a measure of the shooter's consistency and skill. On the other hand, the grouping displacement (the distance between the calculated group center and the intended point of aim) is a measure of accuracy.

Tightness of shot groupings are calculated by measuring the maximum distance between any two bullet holes on the target (center-to-center) in length measurements such as millimeters or inches. Often that measurement is converted into angular measurements such as milliradians ("mils" or "mrads") or minutes of angle (MOAs), which expresses the size of shot scatter regardless of the target distance. Thus, by using angular measurements, one can reliably compare the relative tightness of shot groupings fired at different distances.  Source
Impressive.
Must have spent plenty of time down at the Gun Range.....
And must be Ex- Military
And if Ex-Military he abuses the Holy Name of Jesus 24/7 and abused the Holy Name of Jesus in the workplace  - non-stop. I bet there was some faithful Catholic who tried to correct him...but to no avail.
Cabinet maker employee shoots co-worker dead and injures at least five others including a state trooper before being captured in Texas
A suspect believed to be an employee of a custom cabinet maker in Texas has killed one person and injured five others as well as a state trooper during a deadly mass shooting in Bryan before then fleeing and sparking a massive manhunt. Bryan Police Chief Eric Buske said during a press conference that an employee of Kent Moore Cabinets may be responsible for a mass shooting that killed one person and critically injured four others at the business, KBTX reported. Another shooting victim is non-critical while a seventh victim had an asthma attack related to the incident, and all victims were taken to a local hospital, cops said. The shooting took place in the bays in a plant where employees make cabinets. Source

Call this a new post - call it a reminder - I will make a post weekly if necessary......