NSW Australia:Policeman Slams Woman's Head Into Her Car While Arresting Her For Swearing Near A School 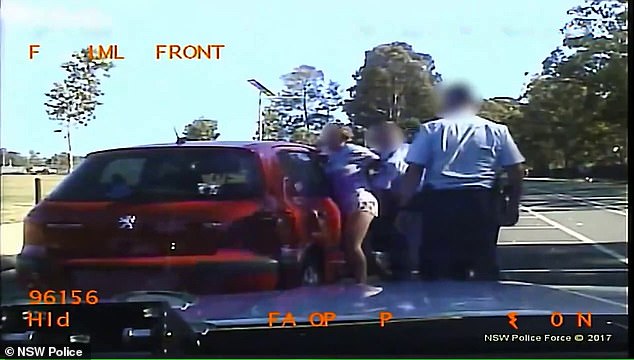 'Don't you touch me!' Violent moment policeman slams a terrified woman's head into her car while arresting her for SWEARING near a school

Footage has emerged showing the shocking moment a police officer slammed a woman's head into her car after she swore at him during a traffic stop.   The video, released as part of an investigation by a law enforcement watchdog, was captured by a NSW Police officer's dashboard camera on November 2, 2016.    Two police officers are seen speaking to the driver after she was pulled over for allegedly driving an unregistered vehicle.    After she is asked to remove the licence plates from her car, she is heard swearing at officers multiple times. One officer then orders her to stop using foul language in front of a school and threatens to arrest her if she continues. Source