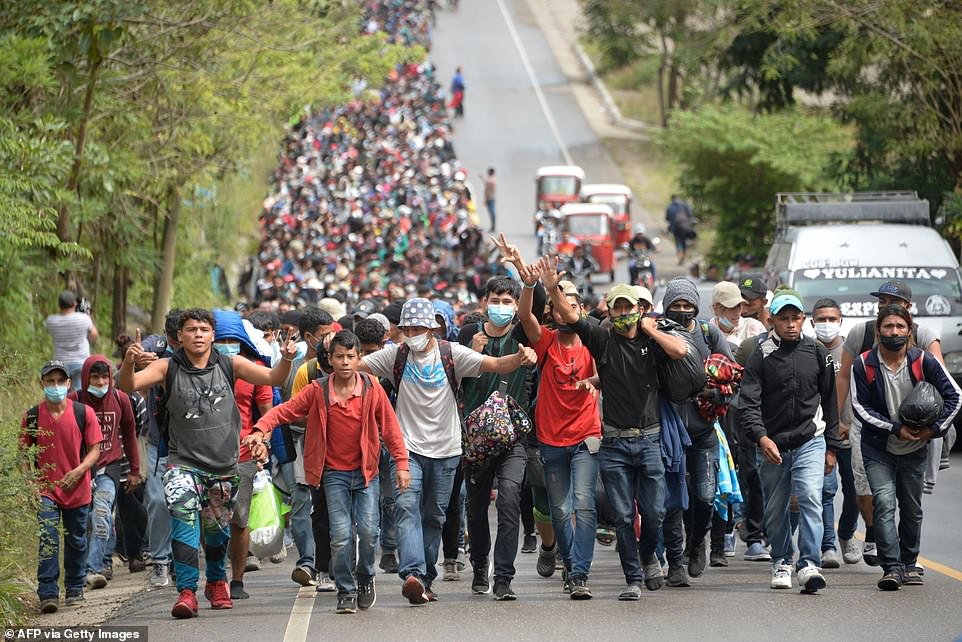 Let us in, Joe! Caravan of 1,000 Honduran migrants marches towards US border and asks Biden to 'honor his commitments' to asylum seekers

A caravan of Honduran migrants is approaching the U.S. border ahead of Joe Biden's inauguration, creating the first major test of Biden's plan to reverse many of Donald Trump's immigration policies. The group of migrants was originally anywhere between 2,000 and 4,000 strong, although their numbers have dwindled as the march towards the United States has continued. 'We recognize the importance of the incoming Government of the United States having shown a strong commitment to migrants and asylum seekers, which presents an opportunity for the governments of Mexico and Central America to develop policies and a migration management that respect and promote the human rights of the population in mobility,' said a statement from Pueblo Sin Fronteras, a migrants right group. 'We will advocate that the Biden government honors its commitments.' Source
at January 17, 2021