Muslim Immigrant Hichman Asfir Stabs A 19-Year-Old Female Walmart Cashier In The Head Over The Price Of Milk........ 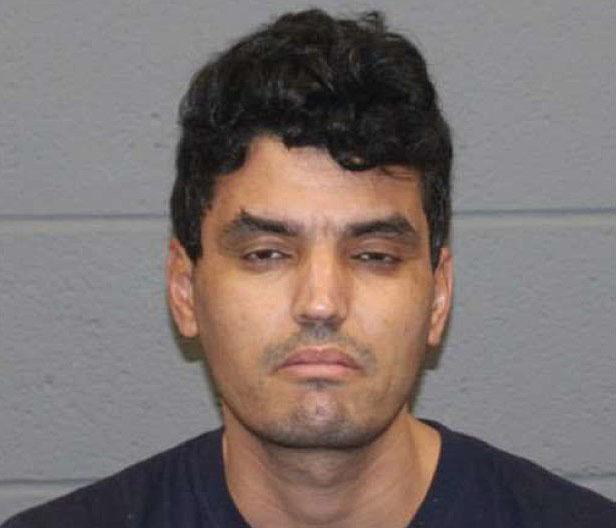 Biden's America....
WATERBURY — A Stamford man was charged with assault after he stabbed a Walmart cashier in the side of the head over the weekend, according to police.
Police and medics responded to the Walmart at 910 Wolcott St. in Waterbury shortly after noon Sunday after a 911 caller reported that a store cashier was stabbed by a male customer.
Arriving units found that the customer, later identified as Hichman Asfir, assaulted the 19-year-old cashier, police said.
Asfir, 40, of Atlantic Street in Stamford, was taken into custody without incident.
Police said the attack happened as the cashier was checking out Asfir.
“The cashier scanned a gallon of milk for the customer (Asfir) and informed him of the total amount due,” police said.”Asfir walked around the register, grabbed the cashier by the hair and then stabbed her with a folding knife to the left side of the head.”
After the assault, police said, Asfir “dropped the knife and sat down.”
Investigators seized the folding knife police say Asfir used during the assault.
The victim, who told police she does not know Asfir, fell to the floor after the assault. She was taken to Saint Mary’s Hospital to be treated for a puncture wound behind her left ear, police said. She was in stable condition Sunday, police said.
Asifr was charged with first-degree assault and second-degree breach of peace. He was held on a $500,000 bond. Source
at January 28, 2021