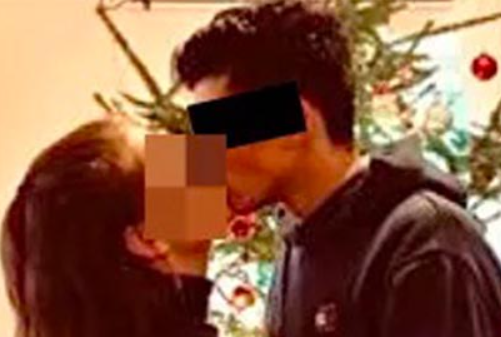 19-year-old Jana D. was found stabbed to death in her car in Lüneburg four days ago. “The officials already have a suspect” (“Hannoversche Allgemeine Zeitung”).
For days, media such as the “HAZ”, the “Lüneburger Landeszeitung” (“LZ”), the “Hamburger Abendblatt” and the “NDR” barely published any details about the perpetrator, although the police and the media seemed to know that the stabber is a rejected asylum seeker. Scandalous: the mayor of Lüneburg plays down the cruel act.
It was reported in the “LZ” that the alleged murder weapon was found near the crime scene, as the suspect was a “friend” of Jana D. Other media outlets also wrote that the murderer was the “friend” of the victim.
The “LZ” reported that the 19-year-old’s father discovered the body of his own daughter early in the morning, around 3 o’clock, in a parking lot in the Lüneburg district of Schützenplatz, in a car used by the daughter. According to the police, the victim had “several injuries” that allegedly led to death.
The father was looking for his daughter; previously he had waited in vain for her at home. According to media reports, the evening before the crime, the victim worked in a Lüneburg restaurant that offers take-away sales.
First, the “Bild” newspaper puts the facts on the table
On January 20, there was no more detailed information about the knife attack in the “Bild newspaper,” either. It only said: “The public prosecutor’s office did not want to provide further information on the (professional) background of the accused for reasons of privacy protection.”
On January 21, during the day, the “Bild” published – as the only source – details of the perpetrator. The daily reported that last month, Jana D. and her future killer, named “Fares A.,” celebrated Christmas together. “Bild” even presented a – pixelated – photo in which the unequal couple is kissing.
It was also reported that the perpetrator, who apparently lives with his parents, is an asylum seeker whose application for asylum was rejected long before the offense and who should have been deported long ago.
The knife stabber was therefore – like millions of other “immigrants” whose asylum applications were officially denied – simply “tolerated” here. Certainly with all the usual social benefits around the clock. This common wrong decision by the responsible authorities has now cost this young woman her life.
“Bild” bows down to PC – mayor of Lüneburg trivializes the crime
In later versions of the “Bild” report, however, all information on the “refugee” status of the stabber was deleted.
Obviously, the responsible editor has been called back. If possible, nothing should leak to the public about unpleasant facts about Angela Merkel’s “refugee” policy. The “Bild” newspaper is apparently also supposed to bow to mendacious Political Correctness (PC).
The Lord Mayor of Lüneburg, Ulrich Mädge (SPD), reacted scandalously to the terrible act. According to the Heilbronner Zeitung, he played down the knife murder with words that must sound like sheer mockery to the parents of the murdered: “We all know that wherever people live together, the worst things can always happen, including in the neighborhood – but knowledge is one thing. When it actually happens, you can hardly believe it. ”
How would the media have reported on a murdered Muslim woman?
If the victim had been a “Muslim” and the murderer “of German origin”, all newspapers in Germany would certainly have published all available social data on those killed and the killer.
But when it comes to a violent criminal “refugee”, there is suddenly a booming silence in the forest of leaves when it comes to informing the population at least approximately sufficiently about the background of the respective crime.
Such comprehensive, manipulative reporting takes place every day in this country, even though there is supposedly “freedom of the press” in Germany.
Source
at January 28, 2021