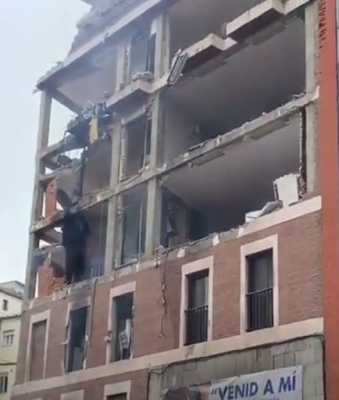 Who is sending a message to Madrid's Vicar General Avelino Revilla?
The property is owned by the Church of the Virgen de la Paloma, with one neighbour saying it is used to provide residential training for priests while also serving as a base to provide meals for the homeless. Mr Martinez-Almeida added that initial information pointed to a gas leak as the likely cause of the explosion on Toledo Street in the city’s La Latina neighbourhood........"The priests who live on the fifth and sixth floors are fine. We are trying to locate a volunteer who works with us," Madrid’s vicar general Avelino Revilla told Telemadrid. Source 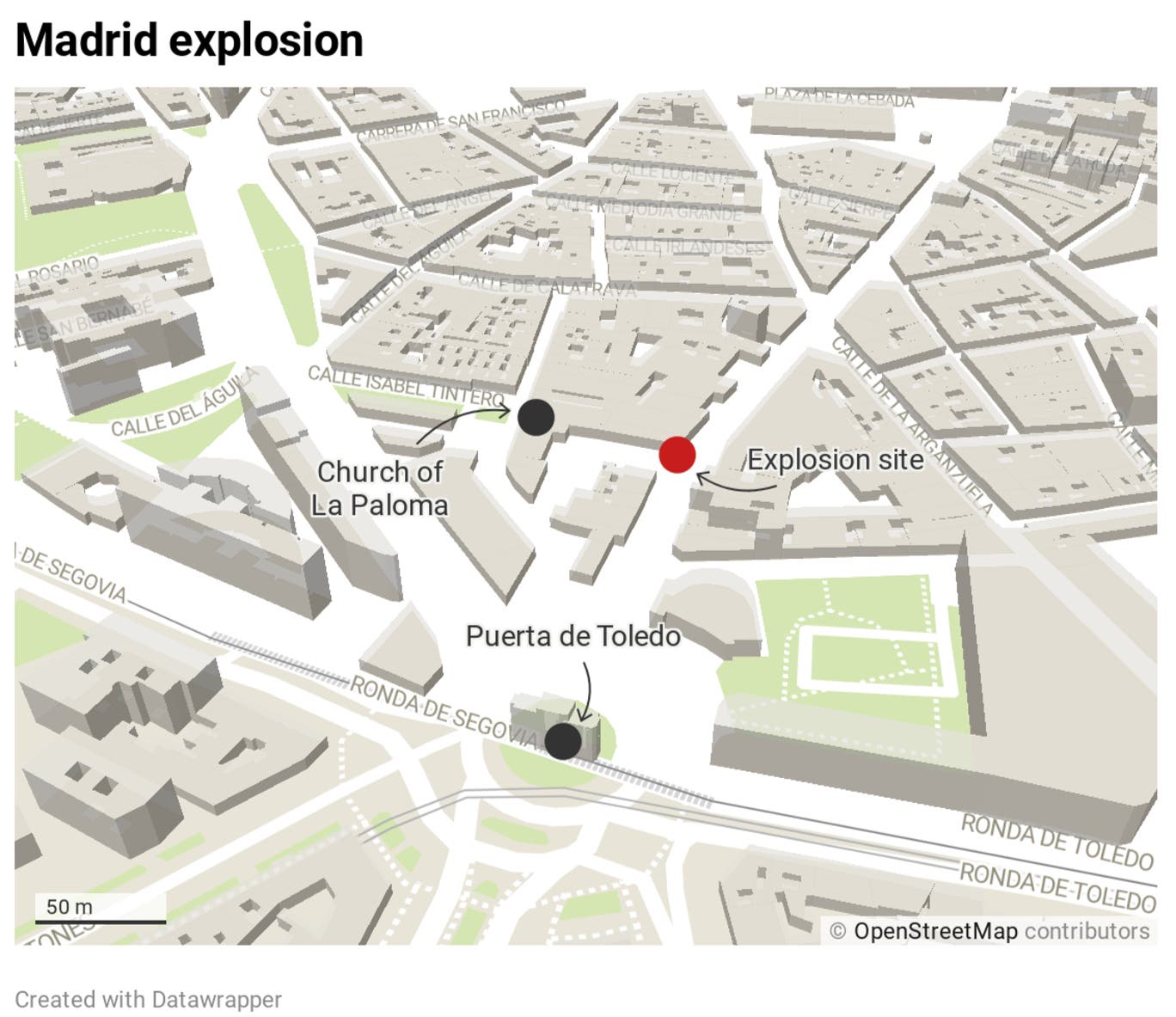 15 APRIL 2019
Madrid's Vicar General Avelino Revilla give a talk on religious tolerance
He also referred to the great MI Señor Avellino Revilla, and to his splendid biography, since he was born in 1960 in Madrid, and was ordained a priest on March 12, 1988. He studied chemical sciences at the Complutense University of Madrid, and received a degree in theology from the Pontifical University of Comillas in 1992 and a Doctor of Theology from the Pontifical University of Salamanca in 2000. He has been a professor of Theology and Religious Pedagogy at the Faculty of Education of the Complutense University in 2005 and at the Higher Institute of Religious Sciences San Dámaso in 2011. And finally, appointed Vicar General of the Archdiocese of Madrid in 2015.
MY Mr. Avelino Revilla, began by referring to the September 11 attacks on the Twin Towers, which marked a before and after, by qualifying monotheistic religions as dangerous, and as the causes of suffering that constitute one of the darkest chapters of human history. In this debate on the rise, the position of "believing" and "knowing was divided.
If we take a look back in time, in the various conflicts, the religious question has a star role, as with the Protestant Reformation and the Counter-Reformation, where a strong confrontation took place, which made religious tolerance turn into a staple of the 15th and 16th centuries in Europe. But the impossibility of solving the problem only by force, led to the creation of instruments that allowed the existence of both beliefs. Since without a doubt, we find a divided Europe and a battlefield between states, where "there can only be one faith" that made the Peace of Augsburg (Peace of religions), where the faith of each prince determined that of his subjects. .
Voices appear that question these persecutions, and the theory of tolerance is slowly being composed: respect for the beliefs chosen by each individual, religious freedom and the first formulations of human rights. Tolerance is that paternalistic conception of believing that the other is in error, but is willing to overcome it, because each one has the right to live their own life. Tolerance is a public virtue, which needs to rest in any plural society. That is why we tolerate what is different, what is annoying, what seems wrong, to tolerate means to endure and this involves effort or suffering.

Faced with the emergence of the intolerance of certain religions, it was UNESCO in 1995 that made the Declaration of Principles on Tolerance, which established that each individual is free to adhere to their own convictions and accepts that others adhere to their own. Added to this is the position of Rome, which recognizes Universal Tolerance in the Second Vatican Council on religious freedom with the declaration dignitatis humanae.
The need for interreligious dialogue is absolute. At present, there is an inescapable interdependence between the various parts of the world, due in part to the migrations that are fundamental in our countries, the development of technology and modern industry. These factors have led to a greater awareness of the plurality of the religions of the planet, where this interreligious dialogue is needed in favor of Peace and Justice in the world.
On October 27, 1986, in Assisi, the World Day of Prayer for Peace was held, with the participation of heads and representatives of Christian Churches and religions from around the world at the request of Pope John Paul II. There they came together to pray for peace, and as the spiritual force of religions it can be a source of peace. Because despite processing different creeds, everyone there was gathered in search of the good of humanity. Undoubtedly, the intention was to create an interreligious peace movement, and not that it was an isolated event.
That is why MY Lord Avelino Revilla informed us that from September 15 to 17, 2019, the main leaders of the main religions will meet to carry out a Prayer for Peace, organized by the Archdiocese of Madrid, looking for the "religions and cultures in dialogue".  Source