Muslim Fires Off Several Gunshots In Downtown San Francisco....Police Refuse To Give Any Details..... 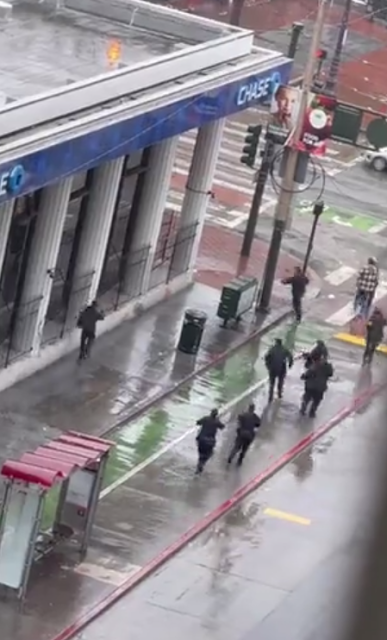 Several gunshots. At least ten gunshots on the video. There were many more gunshots before the police arrived.
The Police are silent.
Why.
Well because the shooter is a Muslim.
Police in San Francisco respond to gunshots
After a gunshot is heard on Van Ness Avenue, San Francisco, California police respond to the disturbance on January 4. The filmer tells Newsflare they are fine but are unaware of what happened next. Source
at January 05, 2021