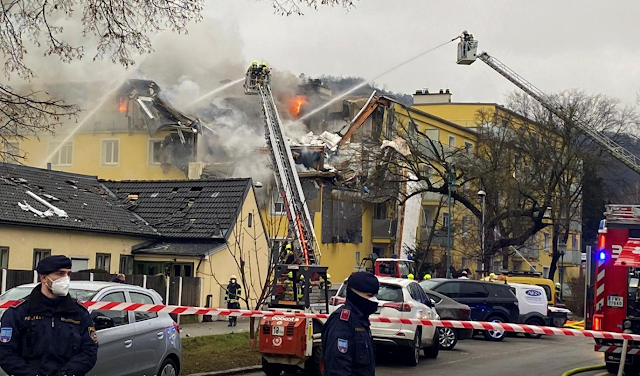 What? Not a gas explosion?
Kinda like the explosion in Madrid Spain...see here.....right?
LANGENZERSDORF, Austria (Reuters) - An apartment building in a suburb of Vienna caught fire and part of it collapsed after an apparent explosion on Friday morning, but police had no immediate information on injuries or how many people were inside. “It appears to have been an explosion,” a police spokeswoman said, adding that it occurred around 8 a.m. (0700 GMT) but no additional information was immediately available. Footage taken by a Reuters witness in the town of Langenzersdorf showed the top floor of the four-storey building on fire, and part of the building reduced to rubble. The witness also heard a blast around 8 a.m.. Source 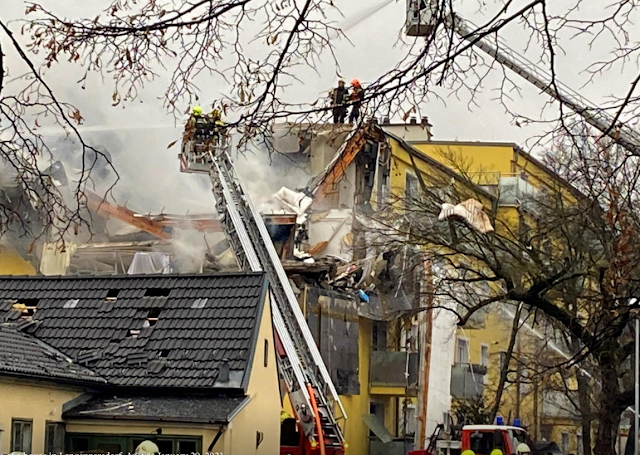