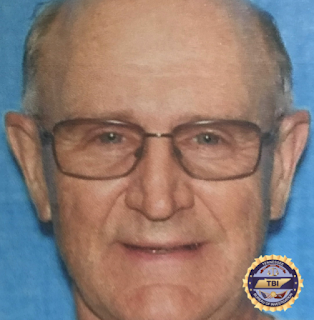 Investigators find body of 70-year-old Tennessee man charged with killing two duck hunters
JACKSON, Tenn. – The Tennessee Bureau of Investigation identified the body of a Tennessee man, 70, who was wanted as a suspect in the shooting deaths of two men in a duck hunting blind. David Vowell was charged with two counts of first degree murder in the Monday morning deaths of Zachery Grooms, 25, and Chance Black, 26, both of Tennessee. "The body of David Vowell has been recovered in the waters of Reelfoot Lake," said a post on the TBI's Twitter page Saturday. "He was located around 3 p.m., today, near the area of the incident. His identity has been confirmed and an autopsy will be performed." Grooms and Black were in a duck blind hunting on the lake Monday morning with another person, Jeffrey Crabtree, when Vowell drove his boat to their blind, knocked on the door and allegedly shot Grooms when he opened the door. Black was also shot before Crabtree got the gun away from Vowell, hit him in the face with the butt end of it and briefly knocked him out, according to the statement he gave during the investigation. Crabtree got the two victims into a boat and tried to get them to medical attention. According to his statement, he saw Vowell in the water walking toward the bank as he drove away. District Attorney Tommy Thomas said there had been no activity or signal detected from Vowell's cell phone after the incident on Monday. Searchers had been looking in the lake since there was no indication Vowell made it out of the area. Source