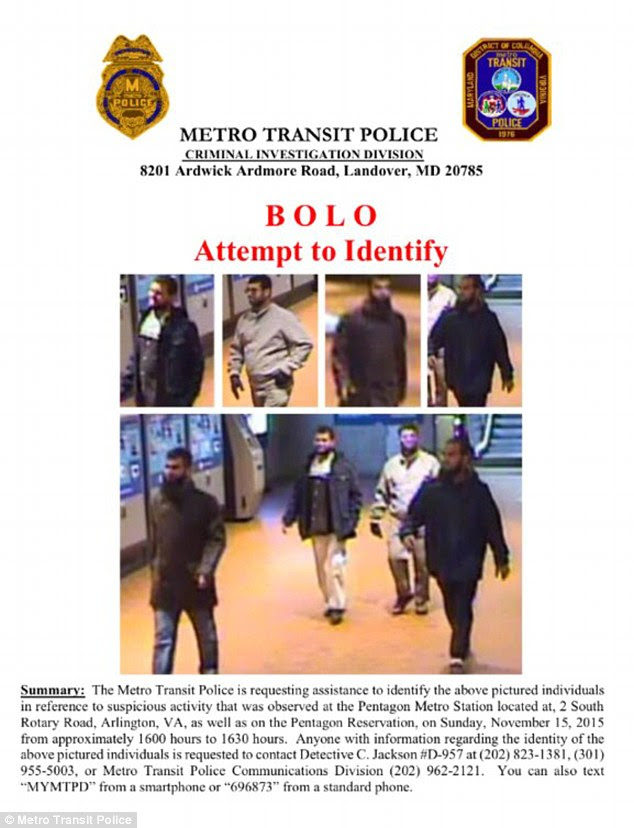 Washington D.C residents were left on edge after an internal police alert about four Middle Eastern-looking men 'acting suspiciously' in the Pentagon metro station was leaked just two days after ISIS announced the capital was their next target. Emily Miller from FOX 5 shared the BOLO warning onTwitter after receiving it from a source on Wednesday. Under the poster she wrote: 'This is scary: Be On The Lookout alert for these men on DC metro at Pentagon.' She also noted that the men were wearing heavy coats, even though it was 'warm' on Sunday when they were spotted on surveillance cameras. Daily Mail Read More>>>>>>