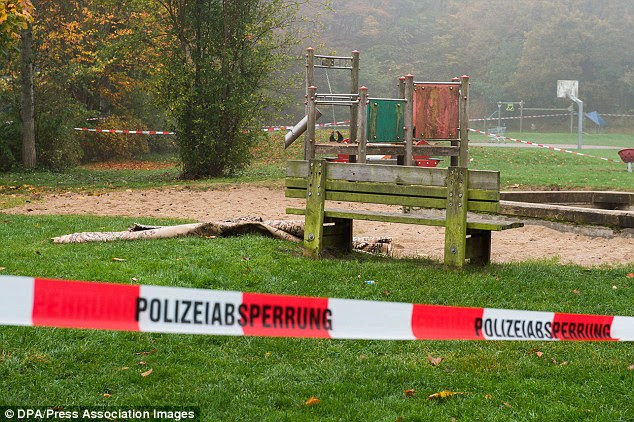 That the devil can bring about an effect of magic without the co-operation of any witch. So S. Augustine holds. All things which visibly happen so that they can be seen, may (it is believed) be the work of the inferior powers of the air. But bodily ills and ailments are certainly not invisible, nay rather, they are evident to the senses, therefore they can be brought about by devils. Moreover, we learn from the Holy Scriptures of the disasters which fell upon Job, how fire fell from heaven and striking the sheep and the servants consumed them, and how a violent wind threw down the four corners of a house so that it fell upon his children and slew them all. The devil by himself without the co-operation of any witches, but merely by God's permission alone, was able to bring about all these disasters. Therefore he can certainly do many things which are often ascribed to the work of witches. Malleus Maleficarum

German woman fights for life after 'spontaneously combusting' while sitting on a park bench
A woman is fighting for her life in a German hospital after appearing to spontaneously combust while sitting on a park bench. Flames sprouted from her as a horrified passerby rushed to her and used his jacket to beat out the fire. But she was severely burned over most of her body. The incident occurred in Flensburg, in the north of Germany, on Monday evening. The victim is in her 40's and comes from Mauritius. After being rushed to the local hospital she was later flown by air ambulance to a specialist burns unit in Lubeck where she remains in a critical condition. 'The victim has lived in Flensburg for a long time and has family here,' said the local prosecutor Ulrike Stahlmann-Liebelt who is probing the bizarre blaze. Daily Mail Read More>>>>>>>