Many of the proponents of Distributism have the same mind set as Muslims.

Congratulations to all you Distribitists! Welcome to Islam!

The Polish flocked to Hamtramck in the 1900s and evidence of the city's Polish roots remain. However, over the last few decades a new wave of immigrants, primarily from the Middle East, South Asia and Southeastern Europe, has dramatically changed the face and culture of this community. Now, the Hamtramck City Council is going to reflect that diversity. "We are very proud and we are very happy for that achievement, what we have done in this city, for our city," said Jamal Alturki, a voter. Voters gave Abu Musa and Anam Miah another term in office. Saad Almasmari was elected for the first time. Now four of the six City Council members will be of Muslim faith. Read More>>>>>

Three acres & a cow? Should be three city blocks & a Caliphate! 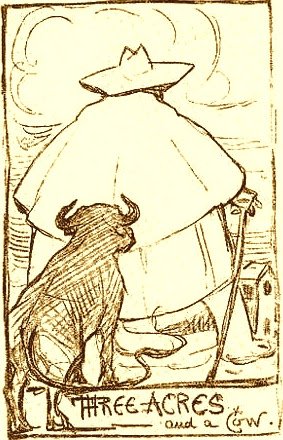