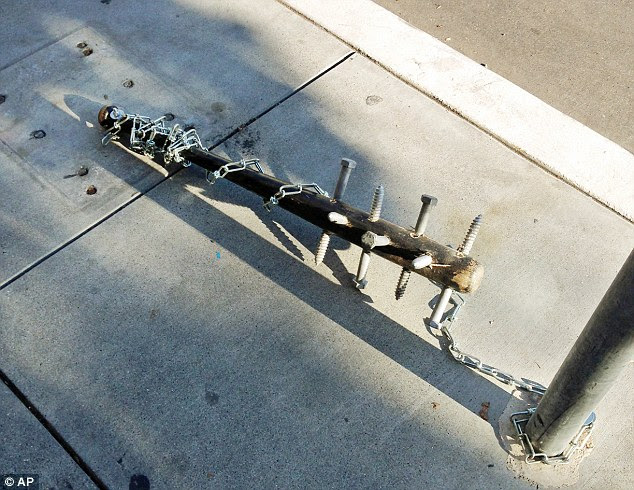 San Francisco Police are asking for help leading to those chaining up spiked baseball bats to poles throughout the city. San Francisco Police Sgt. Michael Andraychak says officers first received reports of wooden or metal baseball bats appearing on poles and parking meters in the city on Thanksgiving morning. The bats are 'spiked' with large screwdrivers driven through the tops. The weird bats have been chained to telephone poles and parking meters. Andraychak says 27 bats with spikes running through them have been found since then. The latest discovery was Friday in the Fishermen's Wharf area. Andraychak says the spikes on the objects allow them to be considered a prohibited or deadly weapon, which is a felony. Daily Mail Read More>>>>