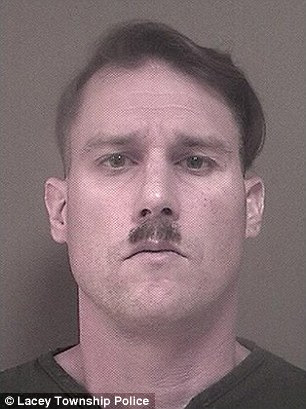 'White supremacist, 42, is found in New Jersey woods with a Hitler mustache, combat clothing, and a cache of weapons'

A convicted felon in combat gear and a Hitler mustache was discovered Sunday in a wooded area in New Jersey near a stash of guns, police said. Bruce Post III, 42, was arrested on multiple weapons charges, including unlawful possession of weapons in the first degree, and booked at the Ocean County Correctional Facility on $400,000 bail. The weaponry found in the woods included an AK-47 assault rifle, a Walther P38 9mm handgun, as well as magazines and ammunition, police said. Shovels and tarps were also discovered.  Daily Mail Read More>>>>