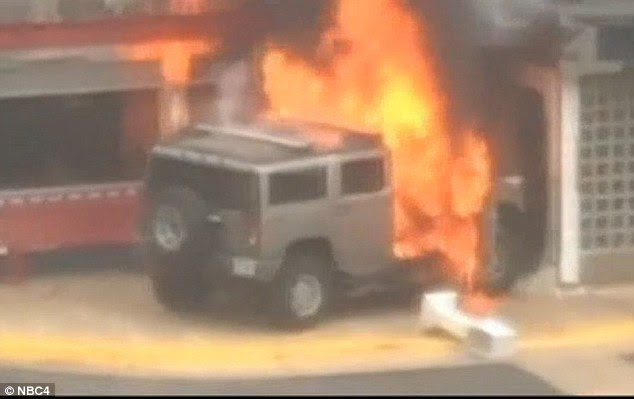 The moment a diner employee off on bereavement leave plows his SUV into the restaurant, injuring three people and starting a fire

Police in Virginia are investigating a fiery car crash after a disgruntled diner employee slammed his SUV into the restaurant on Wednesday. The scary incident - which injured three people, as well as the driver - occurred at the Silver Diner in McLean, west of Washington D.C. The man behind the wheel of the Hummer was a restaurant employee who had been off work on bereavement leave since April 5, NBC 4 reported. The man rammed the restaurant three times, according to reports, with the car catching fire on the final hit. Daily Mail Read More>>>>>>>