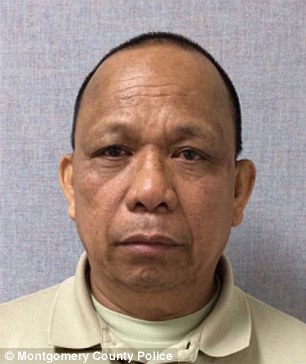 The Federal Protective ServiceThe Federal Protective Service protects Federal Facilities, their occupants, and visitors by providing superior law enforcement and protective security services and leveraging our access to the intelligence and information resources of our network of federal, state, local, tribal, territorial, and private sector partners. From our frontline law enforcement and security personnel to those who support the operations of the Service, we approach our mission as one team. Every day we protect the homeland by managing risk and ensuring continuity for one of the most crucial elements of our national critical infrastructure – the people and our nation’s Federal Facilities.

A federal law enforcement officer has been charged with murder after Maryland police say he fatally shot two people Friday afternoon — a day after gunning down his estranged wife in a separate burst of violence. Eulalio Tordil, 62, was being held without bond Saturday on two counts of first-degree murder, two counts of attempted first-degree murder and four counts of the use of a handgun in the commission of a felony, according to Montgomery County police Tordil is accused of spraying bullets at two men and a woman in the parking lot of the Westfield Montgomery Mall on Friday before shooting another woman in the parking lot of a Giant grocery store, according to police. One of the men injured in the first shooting, identified as 44-year-old Malcom Winffel, died at the hospital, police said. The woman shot outside of Giant died at the scene. NBC Read More>>>>>