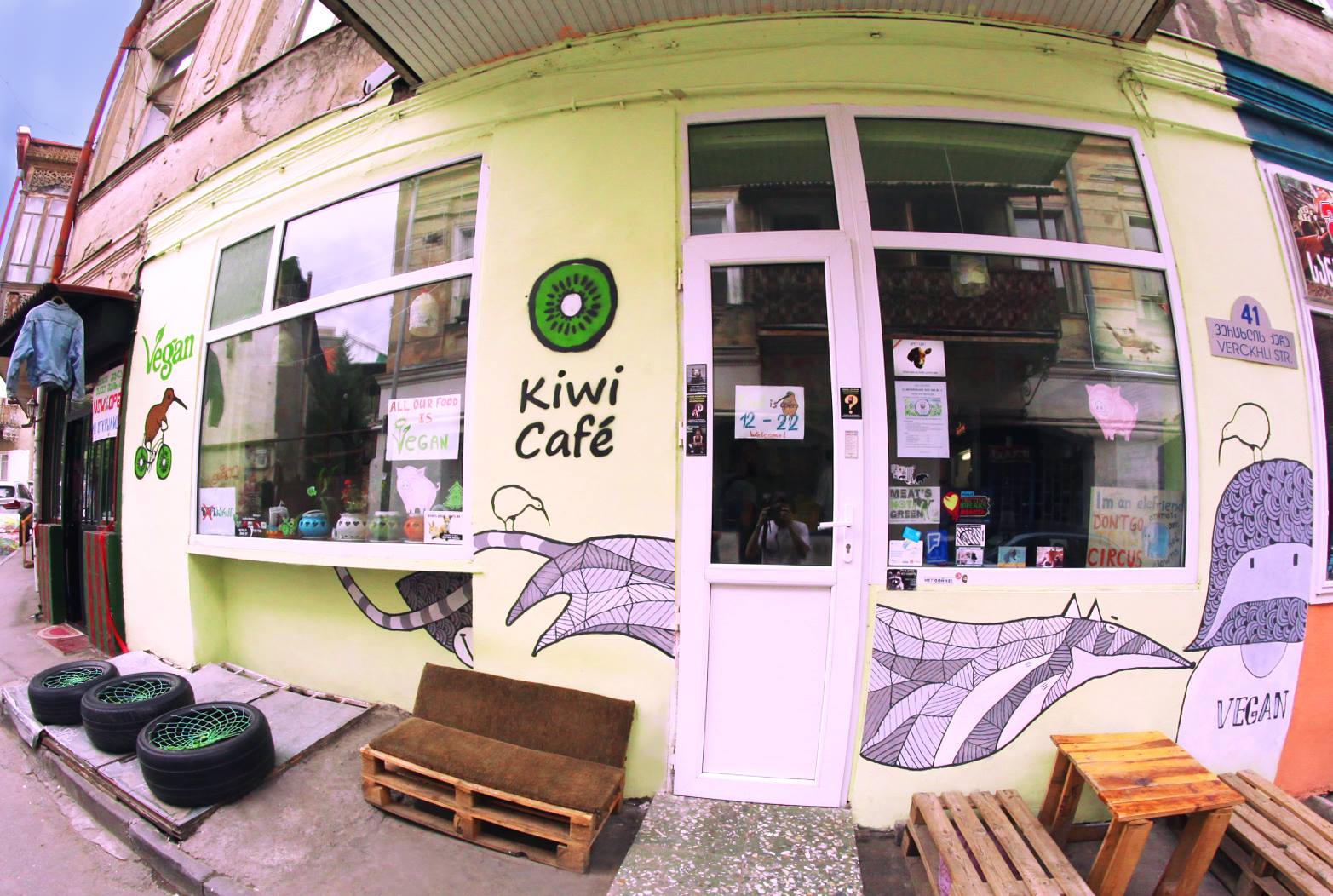 Tbilisi vegan cafe appeal over meat-wielding 'extremists'
A vegan cafe in Tbilisi has appealed for public solidarity after being invaded by alleged ultra-nationalists wielding grilled meat and sausages. More than a dozen men stormed into the Kiwi cafe in the Georgian capital on Sunday evening, the cafe said, shouting and throwing meat at patrons. A brawl erupted but the attackers fled before police arrived. The cafe has appealed for public support, saying it was no prank but a case of intimidation by neo-Nazis. It said it was already the target of some local hostility due to its patrons' alternative lifestyles - "the way we look, music that we listen to, ideas we support, and the fact that we don't eat meat" and backing of causes such as rights for lesbian, gay, bisexual and transgender (LGBT) people. "During these hard times you can support us just by visiting our cafe, we will be very grateful if you come to show everyone that here are a lot of us who care about the issue!" the Kiwi cafe said in a statement on Facebook. The incident comes amid growing concerns about the rise of far-right nationalism in Georgia. Last week, hundreds of nationalists marched through central Tbilisi - waving Georgian flags and anti-communist banners, reports said - to mark independence from the Soviet Union in 1991. Homophobia is also commonplace in Georgia, correspondents say. The country made world headlines in 2013 when a small group of LGBT activists were attacked by a large mob led by an orthodox priest. BBC Read More>>>>>