'Y'all Ruined My Life! Fired Trucker For Knight Transportation Kills Supervisor & Self 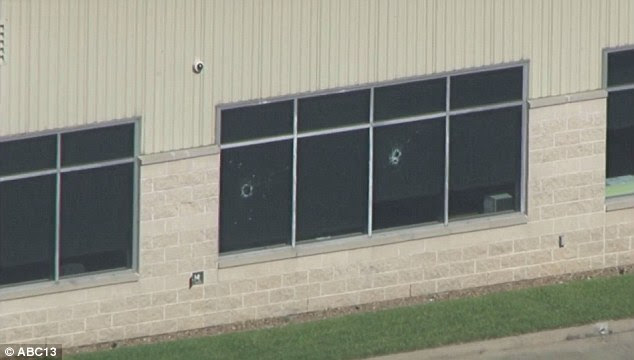 'Y'all ruined my life!': Disgruntled employee opens fire at Texas trucking company, killing his supervisor and then committing suicide two weeks after he was fired

A disgruntled former employee stormed a Texas trucking company Wednesday morning, killing a supervisor before committing suicide inside the shell-shocked office. The gunman was reportedly fired from Knight Transportation two weeks ago. This morning, he returned to the company's office in Katy, a Houston suburb, armed with a pistol and a shotgun. Shortly before 8:45am, the gunman re-entered the building and yelled 'y'all ruined my life!' and fire a warning shot into an employee break area. He then started combing the offices, appearing to look for someone in particular. When he came across the employee he was looking for, he shot and killed the man dead before turning the gun on himself to commit suicide. Authorities have speculated that the man he killed was his old supervisor. Neither the gunman or his supervisor have been identified by name yet. It's also unclear what position the man held at the company and why he was fired. Daily Mail Read More>>>>>>