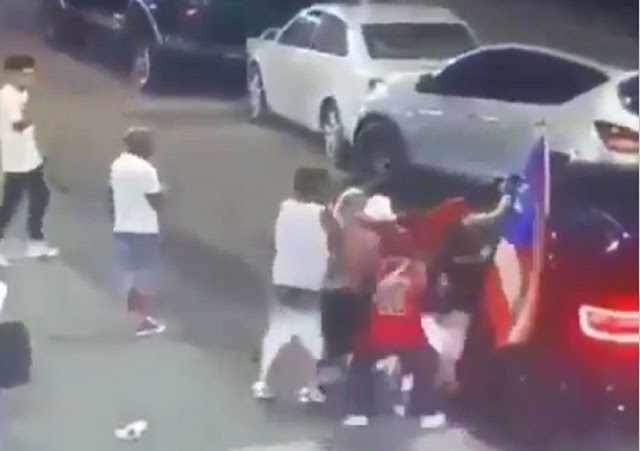 Puerto Rican Couple Yanked From Their Car and Shot By Mob of Black Men in Chicago
The shooting took place as people were leaving Chicago’s 43rd Annual Puerto Rican People’s Day Parade, which people from all over the country and Puerto Rico travel to the city to attend. The victims had a large Puerto Rican flag waving from their car when they were approached by a mob of black men and pulled from the vehicle and shot.Police say the couple was “ambushed” by “up to three males.” ABC 7 reports that “the man was rushed to Saints Mary and Elizabeth Medical Center, where he was pronounced dead, police said. He has not been identified. The woman was struck in the neck and rushed to Stroger Hospital in critical condition, police said.” Source

This happened in Humboldt Park Chicago last night. Couple was pulled out of their car and shot. He died, she is in critical condition.

At least 21 people were shot in Chicago overnight, with three people having died from their injuries. pic.twitter.com/5wtmWGOIoq