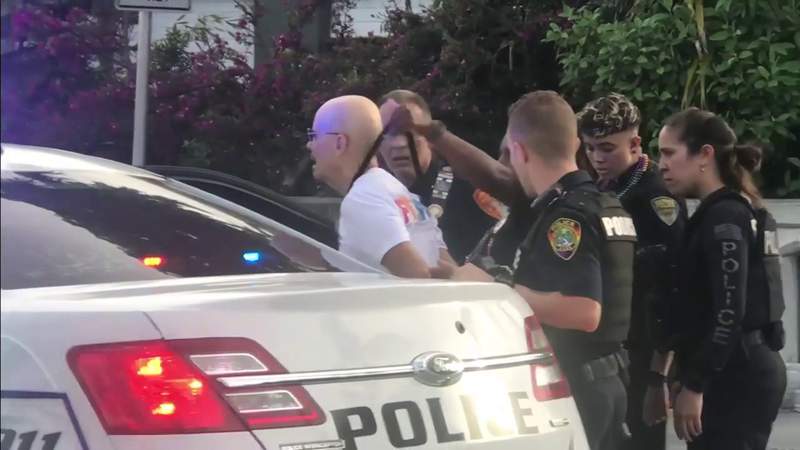 Enraged Gay Man
Driver crashes into crowd at Pride parade in Florida; 1 dead
WILTON MANORS, Fla. (AP) — A driver slammed into spectators Saturday evening at the start of a Pride parade in South Florida, killing one man and seriously injuring another, authorities said. Some witnesses said the crash appeared to be an intentional act, but Fort Lauderdale Police Detective Ali Adamson told reporters that authorities were investigating all possibilities. The collision happened during the Wilton Manors Stonewall Pride Parade. Wilton Manors is just north of Fort Lauderdale. The driver and the victims were a part of the Fort Lauderdale Gay Men's Chorus family, according to a statement reported by news outlets from the group's president, Justin Knight. “To my knowledge it was an accident. This was not an attack on the LGBTQ community,” Knight said in the statement. “We anticipate more details to follow and ask for the community’s love and support.” Fort Lauderdale Mayor Dean Trantalis said a driver of a pickup truck suddenly accelerated when he was told he was next in the parade, crashing into the victims, according to WSVN-TV. In the immediate aftermath of the crash, Trantalis said he believed the crash was “deliberate.” Source