UPDATE: The Hunt For Jürgen Conings: A Timeline 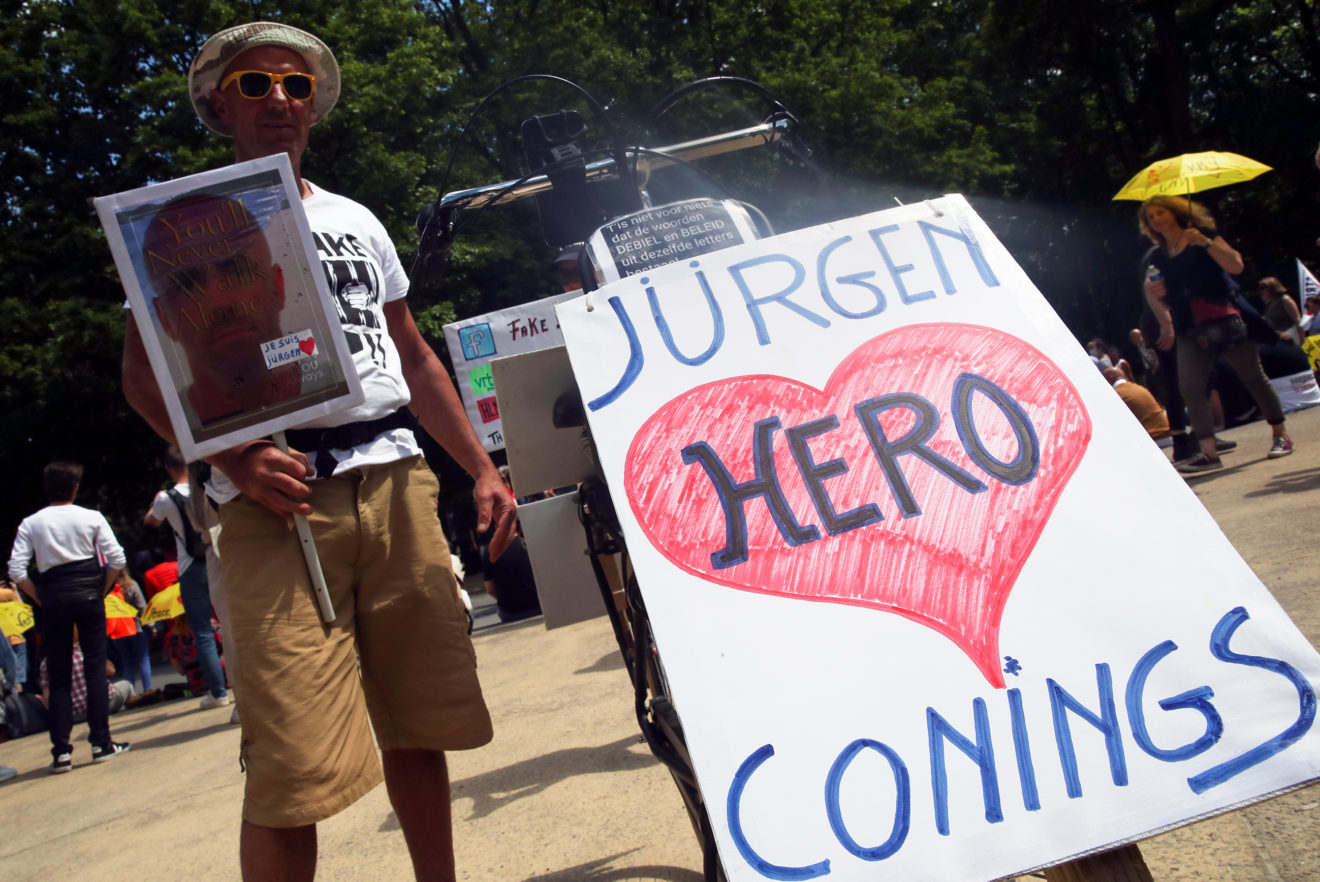 The hunt for Jürgen Conings: a timeline

A manhunt for career soldier Jürgen Conings (46) has been underway in Belgium since 17 May, when Conings allegedly stole an arsenal of deadly weapons from a military barracks and went on the lam. A note left behind for his girlfriend indicated that he “planned to join the resistance and may not survive,” and previous threats to Belgian virologist Marc Van Ranst – the man behind many of the calls related to Belgium’s coronavirus lockdown measures – were considered serious enough to warrant placing Van Ranst and his family in a safehouse under police protection. Conings was already being monitored by intelligence agencies because of his extreme right-wing political views and was even on an official terrorist watchlist alongside members of IS. Because Conings’ military expertise is said to be camouflage and marksmanship, he is both incredibly difficult to find and incredibly dangerous. As the manhunt continues, here’s a look at the timeline, from the most recent events to the beginning. This article was last updated on 9 June at 10:30 AM. 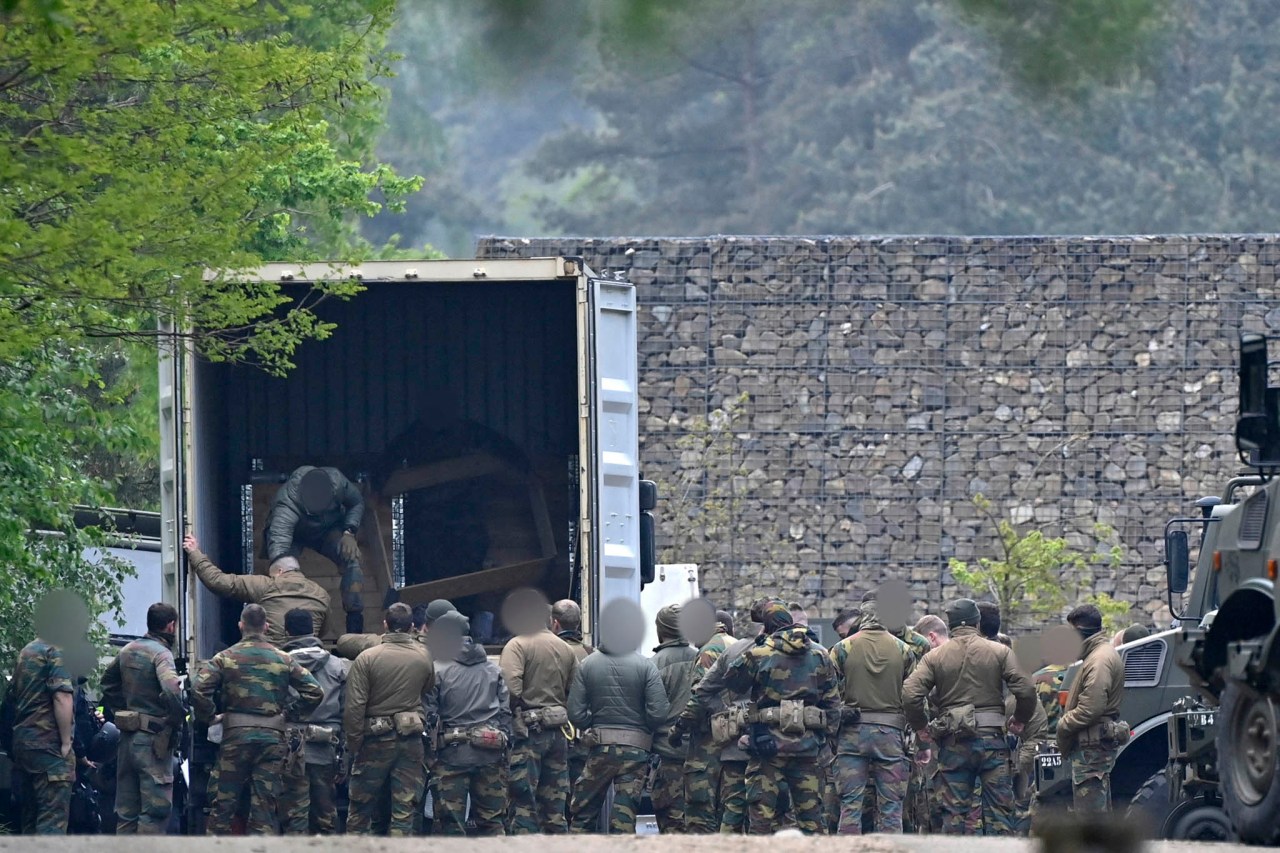 Wednesday, 9 June
After a quiet few days, military and police forces organise a new search, this time meeting at a stadium in Genk, a town near Hasselt in the province of Limburg. The smaller search action is of note because it’s the first time forces are gathering so far from Maasmechelen and the Hoge Kempen National Park, where previous efforts have been concentrated. De Morgen reports that police are increasingly considering that Conings has committed suicide and they may be looking for a body rather than a living person.
Thursday, 3 June
Local media report seeing police helicopters circling over an industrial area in Lanklaar (near Hoge Kempen National Park) last night, and the Missing Persons unit was also on site as part of a search. No further explanation has yet been provided.
Wednesday, 2 June
The Belgian army officially begins discharge proceedings for Conings, citing unlawful absence from duty. Far-right political party Vlaams Belang confirmed Conings was a member of its party in 2020. Party spokesman Jonas Naeyaert said the party cannot be held responsible for the actions of former members, and that there is no link between Vlaams Belang and the actions of Conings.
Tuesday, 1 June
There are no new updates to the ongoing search, which enters Day 14.
Monday, 31 May
As the search for Conings continues, other people (alongside Van Ranst) are said to now be receiving extra police protection, based on threats made in his farewell letters. The level of police protection can vary, as not all people will be placed in safe houses. This could be limited to extra patrols in the surroundings of a house.
Sunday, 30 May
Authorities announce that last night’s search yielded no results.
Saturday, 29 May
A late-night search for Coning takes place Saturday night.
Friday, 28 May
There are no new updates to the ongoing search, which enters Day 11.
Thursday, 27 May
The army and police began a new search of the Hoge Kempen National Park near Lanklaar where Conings’ car was found last week, this time with search dogs and the Missing Persons Unit. Van Ranst admitted he joined a chat group for Coning supporters and openly mocked them there, which he later told VRT was “not smart.” Van Ranst continues to await the end of the manhunt under protective police custody with his family. Police arrested another right-wing extremist for making threats against Van Ranst, but it isn’t known whether he has any link to Coning. It was learned that a planned investigation by the military intelligence service into Jürgen Conings was suspended in early May when another case proved more important at the time. The internal investigation by the Ministry of Defence into the handling of the Coning case is not expected to be completed until 15 June.
Wednesday, 26 May
The manhunt continues. At a press conference, Defence Minister Ludivine Dedonder acknowledged that mistakes have been made in the investigation and that these are being investigated. Defense Chief Michel Hofman expressed regret that Conings is seen by some as a “resistance fighter” or “hero,” saying himself that “He certainly is not.”
SOURCE

See previous post for timeline going back to 18 MAY 2021:
Posted by dxv515 May 26, 2021 WHERE'S JÜRGEN? TIMELINE OF BELGIAN MANHUNT FOR ROGUE SOLDIER JÜRGEN CONINGS, 46, STOLE ARSENAL OF WEAPONS FROM BASE AND WENT ON THE LAM 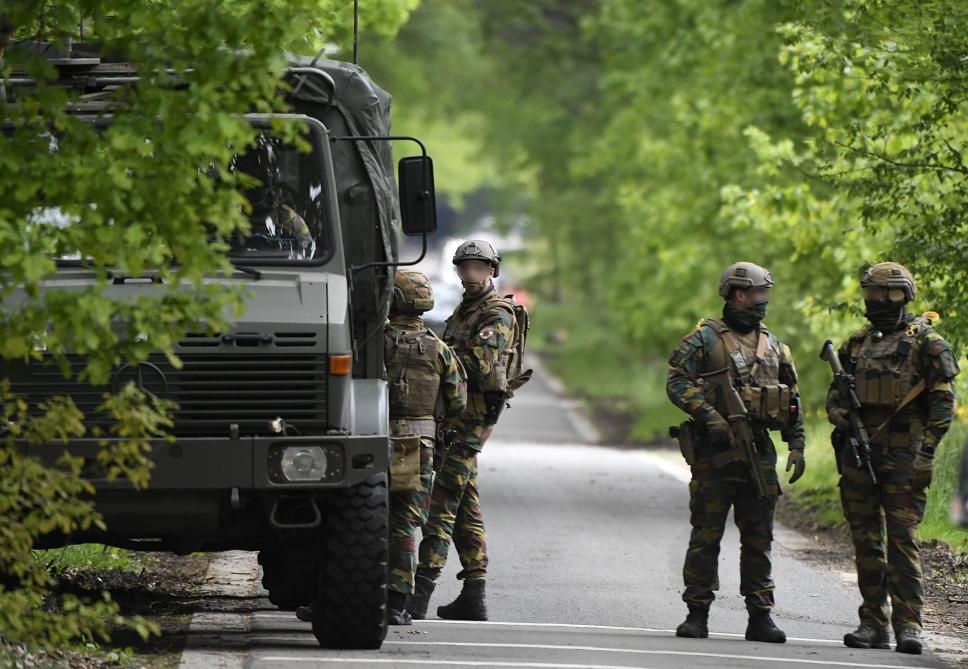