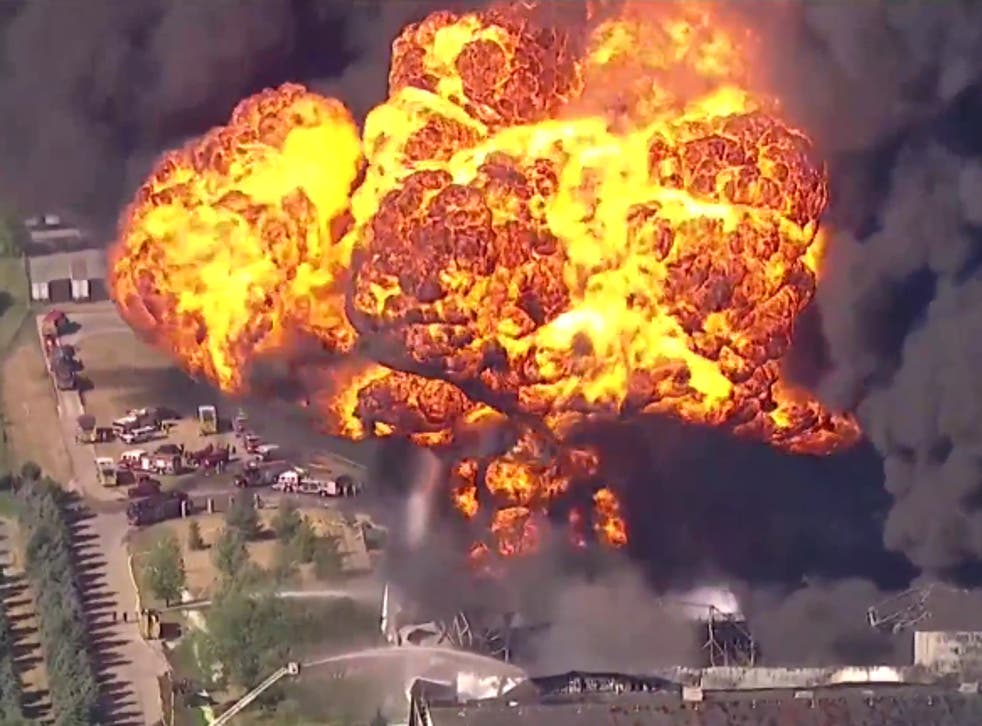 Chemical plant explosion, fire prompt evacuations
An explosion at a northern Illinois chemical plant Monday morning sparked massive fires that sent flames and huge plumes of thick black smoke high into the air and debris raining onto the ground, prompting evacuations. After 7 a.m., emergency crews rushed to the scene of the fire at Chemtool Inc., a company that manufactures lubricants, grease products and other fluids, and is, according to the company, the largest manufacturer of grease in the Americas.Rockton Fire Department Chief Kirk Wilson said about 70 employees were evacuated safely from the plant, and that one firefighter suffered a minor injury. Chemtool's parent company, Lubrizol Corp., later said there were closer to 50 employees present when the plant was evacuated. The plumes became so big they were being picked up on weather radar. Wilson said there was "no danger to air quality at ground level." The Rockton Police Department posted an alert at 8:46 a.m. warning that fire officials had ordered a mandatory evacuation of homes and businesses near the plant. Later in the day, Gov. J.B. Pritzker's office expanded the evacuation zone from a 1- to a 2-mile radius from the plant "out of an abundance of caution," and encouraged people within that zone to wear masks to prevent them from inhaling soot. Source
at June 16, 2021