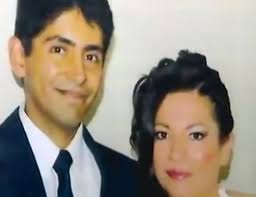 A woman died after her husband allegedly used a mortar bomb as a sex aid after they had been drinking in Peru. Ruben Valera Cornejo, told police in Arequipa, Peru, that his wife, Yubitza Llerena, had asked him to use objects from their home as sex toys after a night out. But Valera Cornejo, who has reportedly been arrested on suspicion of murder, claimed he could not recall much about the evening. Source