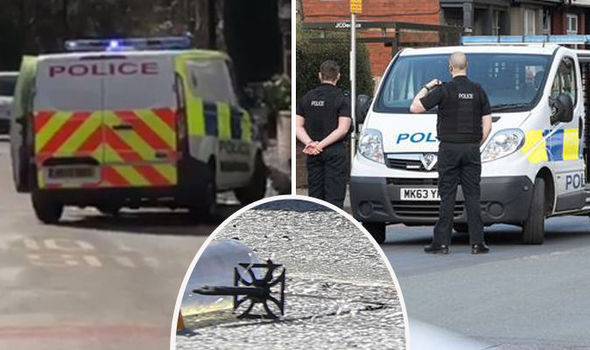 The attack has left one police officer with “serious injuries” in hospital, while witnesses said a second officer had blood on his face. The officer was attacked in Upper Chorlton Road in the Whalley Range area of the city. Shock footage shows police struggling to detain the swordsman, who they say hacked at them before a Taser was deployed. The area has now been sealed off by police as they investigate the horrifying attack. A 23-year-old man has been arrested. The police officer has since been discharged from hospital and is recovering from facial and back injuries at home. Source